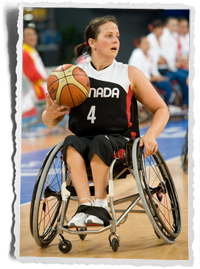 “We are extremely proud of Tim and Jennifer and extend our sincerest congratulations. They are glowing examples of the world-class skill, leadership, and dedication that exists at the forefront of the Paralympic movement here in Canada. Their unprecedented accomplishments and the sheer longevity of success they enjoyed as part of the Canadian women’s teams of the 1990’s and 2000’s continues to inspire and guide the next generation of elite coaches and athletes,” said Wendy Gittens, Executive Director of Wheelchair Basketball Canada.

The Canadian Paralympic Committee announced on Monday that Frick, of Pender Island, B.C., and Krempien, of Richmond, B.C., but originally from St. Albert, Alta., will be inducted alongside athletes Robert Easton (athletics), and Tim McIsaac (swimming), and builders Janet Dunn, and John Howe, at an induction ceremony May 10th in Toronto.

“They are glowing examples of the world-class skill, leadership, and dedication that exists at the forefront of the Paralympic movement here in Canada.” 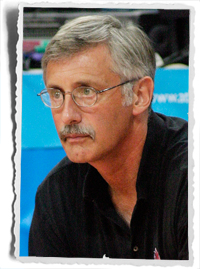 “I could have never imagined back in 1977 when a very persuasive Rick Hansen badgered me into playing wheelchair basketball, and coaching wheelchair volleyball and athletics, that one day an honour such as this would occur. Most importantly, the induction of Jennifer and I is recognition of Canada’s long-term commitment to the Paralympic movement and to the pursuit of excellence,” said Frick.

“I am humbled and honoured to be recognized for the achievements of our team. Throughout my career, I played with so many fantastic teammates, was influenced by so many dedicated coaches and had unbelievable support from Wheelchair Basketball Canada, the Canadian Paralympic Committee, and Sports Canada. It is truly an honour to be recognized by the Hall of Fame,” said Krempien.

Krempien was a member of Canada’s powerhouse women’s team from 1991 to 2008 and competed at all five Paralympic Games between 1992 and 2008, helping Team Canada win three Paralympic gold medals and one bronze. She was also on four world championship-winning teams from 1994 to 2006 and was a tournament all-star at the 1998 and 2002 worlds.