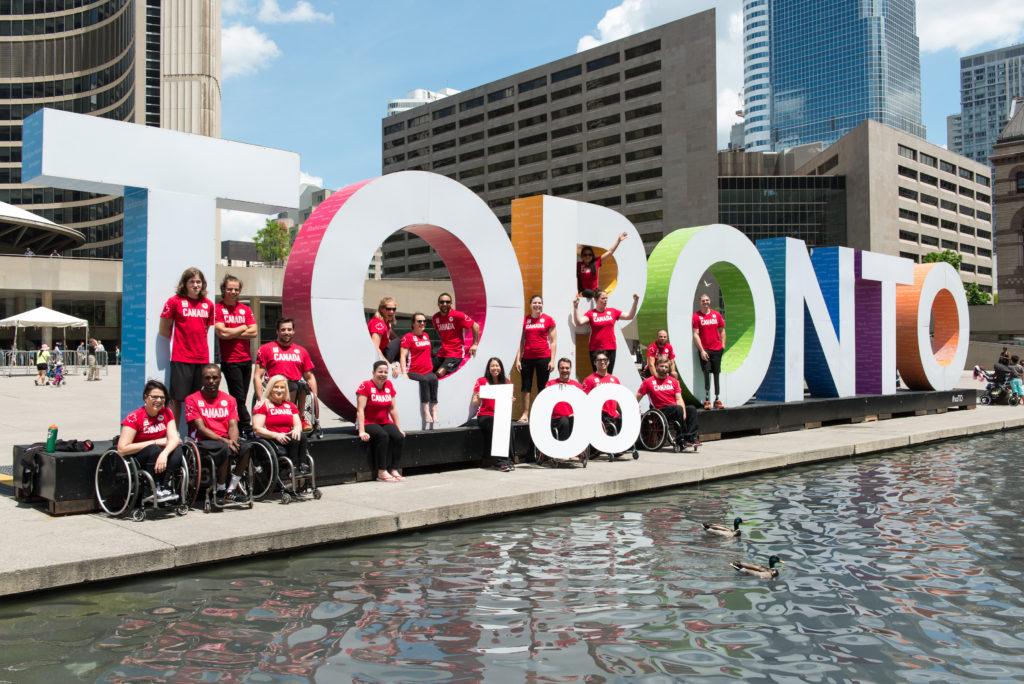 (Toronto, Ont.) With 100 days to go until the start of the Rio 2016 Paralympic Games, Wheelchair Basketball Canada and the Canadian Paralympic Committee are proud to announce the 24 athletes – 12 men and 12 women – nominated for selection to Team Canada for the Rio Paralympic Games this September.

The Canadian women are the reigning world champions and head into Rio with a roster that features 10 returning players from the club that captured the world title in 2014. Canada most recently placed second on home soil at the Parapan Am Games in 2015.

“We have an excellent group of athletes, coaches and support staff who have all worked very hard to get to this point and that momentum will carry us through the last 100 days until the Games,” said Bill Johnson, head coach of the Canadian women’s team. “As a top-ranked team we are confident in our ability to go head-to-head with the very best in the world as we strive for a return to the Paralympic podium in Rio.”

The Canadian men are the reigning Paralympic champions and six athletes will be returning from the team that won gold four years ago at London 2012. Team Canada placed second at the Toronto 2015 Parapan American Games last summer.

“We have assembled a great team with a balanced mix of veteran leadership and emerging talent,” said Steve Bialowas, head coach of the Canadian men’s team. “Our team is training tirelessly to reach its full potential on the court and we are excited to get underway in what is sure to be an exhilarating competition in Rio.”

Athlete and coach biographies are available at Paralympic.ca/athletes. Bios and high resolution photos can be downloaded at http://tinyurl.com/j5w7rw9.

The Rio 2016 Paralympic Games take place September 7 to 18. The wheelchair basketball competition features 12 nations on the men’s side and 10 nations in the women’s division. The hard-hitting action will start for Canada on September 8, when the women open the competition against Great Britain and the men face Spain.

“With 100 days to go to the Games, it is very exciting to be celebrating our first teams to be nominated today,” said Team Canada’s Chef de Mission, Chantal Petitclerc. “I admire the commitment to excellence of our wheelchair basketball teams and I know they will be up for the challenge as they compete against a strong field of nations in Rio. I have great confidence in their ability to deliver outstanding performances.”

“Canada’s Men’s and Women’s Wheelchair Basketball teams are poised to make another push for the podium in Rio in September – with the entire country watching and cheering their every basket,” said Canada’s Minister of Sport and Persons with Disabilities, Carla Qualtrough. “On behalf of Team Canada – 35 million strong – congratulations to all the athletes named today to represent our country and I commend Wheelchair Basketball Canada on their outstanding work to preparing our athletes to shine bright in front of the world.”

The athletes nominated to the Canadian Paralympic Team are as follows:

The nominated team will be supported by the following coaching staff in preparation for Rio:

The nominated team will be supported by the following coaching staff in preparation for Rio:

Wheelchair Basketball Canada is the national sports governing body responsible for the organization of the sport in Canada. It is a non-profit, charitable organization that is committed to excellence in the development, support and promotion of wheelchair basketball programs and services for all Canadians from grassroots to high performance. Wheelchair basketball is a fast-paced, hard-hitting, competitive sport in which Canada is held in high esteem around the world for winning a combined six gold, one silver, and one bronze medal in the last six Paralympic Games. For more information, please visit www.wheelchairbasketball.ca.