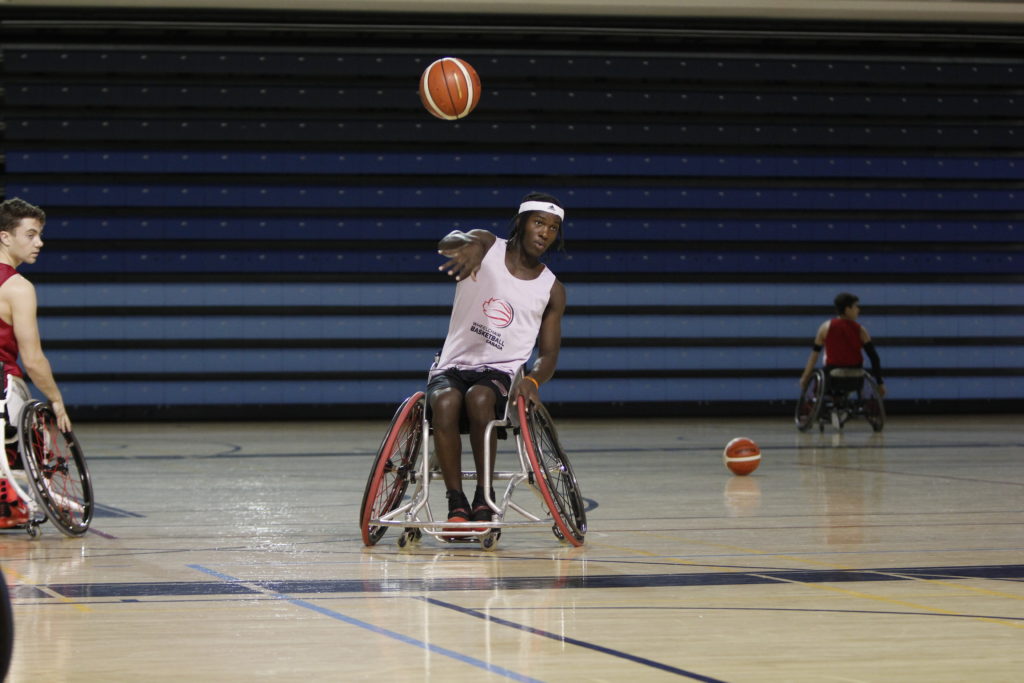 The 25 year-old is part of the Toronto Rollin Raptors Div. 1 team and trains at Wheelchair Basketball Canada’s National Training Centre. He’s also a hopeful to make team Canada for the upcoming Parapan American Games in Lima this summer, where the Canadians will compete for a berth to the 2020 Paralympic Games in Tokyo.

He was born in Rwanda and his family moved around to Zimbabwe and South Africa before moving to Toronto at 13 years old. They settled in the Parkdale area before moving to Etibicoke. He now resides in Scarborough.

Mutware made a “lot of long lasting impactful friendships that still last today” – many through sports. He started with soccer but picked up basketball come wintertime, attracted by the crossovers and dunks.

Mutware also had a strong passion for cooking from his childhood alongside his basketball dreams. Five years ago, he was enrolled in school to pursue his dreams to become a chef.

Then, his life changed with a “wrong place, wrong time” situation. Mutware recalled how he was confronted by two robbers.

“I was a 20-year old male with a lot of pride and tried to be aggressive and retaining what they were trying to rob from me and one of them ended up shooting me five times in the spine and legs,” he said.

Afterwards, he said he didn’t know what to think, calling it the most surreal moment of his life. “At the time, I felt I had a lot going for myself, I felt my life was headed in the right direction,” he said. “At the time, it just put everything into a halt and I just really did not know what to do.”

His recreational therapist recommended wheelchair basketball six months into his recovery and he tried it out with a local club called the Variety Village Rebels.

“Even though my first day was not really successful, I really enjoyed the pace of the game and I felt whole again,” he noted.

“I felt like I didn’t have an injury at the time,” Mutware added. “It was the first time I did not feel injured.”

Mutware said he still has plenty to grow and learn both in basketball and cooking. He recently completed his culinary program in school and now works at a kojin restaurant, which he said he really enjoys. His basketball goal is to make the national team – something that “would mean everything.”

“I really enjoy wheelchair basketball so much that I kind of looked at my accident as almost a blessing in disguise,” he said.

You can see Blaise Mutware in action with the rest of the Lima 2019 hopefuls on June 19, 2019 at 10am ET at the Toronto Pan Am Sports Centre in Scarborough as Canada plays an exhibition wheelchair basketball game against Argentina. Admission is free and a live stream will be available.