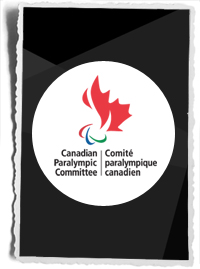 (Toronto, Ont.) Wheelchair basketball was in the spotlight at the Canadian Paralympic Committee’s (CPC) 2013 Hall of Fame and Sport Awards Ceremony on Friday May 10th at the Mattamy Athletic Centre.

“The entire wheelchair basketball community is extremely proud of the accomplishments being celebrated and grateful for the opportunity to recognize the hard work and dedication of so many outstanding athletes and coaches within wheelchair basketball and the greater Canadian Paralympic Movement. We applaud the remarkable successes of all the award winners, nominees, and hall of fame inductees,” said Wheelchair Basketball Canada Executive Director Wendy Gittens.

Jennifer Krempien of St. Albert, Alberta, was a member of Canada’s powerhouse women’s wheelchair basketball team from 1991 to 2008 and was co-captain from 2004 to 2008. Krempien competed at all five Paralympic Games between 1992 and 2008, helping Team Canada win three Paralympic gold medals and one bronze. She was also on four world championship-winning teams from 1994 to 2006 and was a tournament all-star at the 1998 and 2002 worlds.

Tim Frick of Pender Island, B.C. once coached Rick Hansen and Terry Fox and was the head coach of Canada’s national women’s wheelchair basketball team from 1990 to 2009. He led Canada to an 11-year winning streak, an unprecedented three consecutive Paralympic gold medals (1992, 1996 and 2000) and four consecutive World Championship titles (1994, 1998, 2002, 2006). An innovative coach who spearheaded major innovations in sport development and sport science, Frick solidified Team Canada as one of the most dominant teams in the history of Canadian amateur sports.

Best Team Performance – The Canadian Men’s Wheelchair Basketball Team went undefeated at the London 2012 Paralympic Games to capture their third gold medal in the last four Paralympic Games. It is the latest accomplishment in a sport dynasty that has placed them on the podium at four consecutive Paralympics, including gold medals in Sydney 2000 and Athens 2004, and silver in Beijing 2008. They have also brought home hardware from five of the last six World Championships, including consecutive bronze medals in 1990, 1994, 1998 and 2002. The team captured gold at the World Championships in 2006 and a host of other competitions throughout the last decade and a half.

Best Male Athlete of the Year – Patrick Anderson is a three-time Paralympic gold medalist and is widely considered the greatest wheelchair basketball athlete of all-time. Most recently, at the London 2012 Paralympic Games he spearheaded the team to its third gold medal in the last four Paralympics (a run of success that also includes silver in Beijing 2008). He posted career-best numbers in London and finished tops in tournament scoring, averaging 25 points per game, and first in total rebounds with 88.

Tim Frick Paralympic Coach Excellence Award – Jerry Tonello has been playing and coaching wheelchair basketball in Canada for more than 20 years and has developed a strong reputation for his technical expertise. Tonello became the head coach in 2009 and most recently led Team Canada to its third gold medal in the last four Paralympic Games, striking gold in London in 2012.