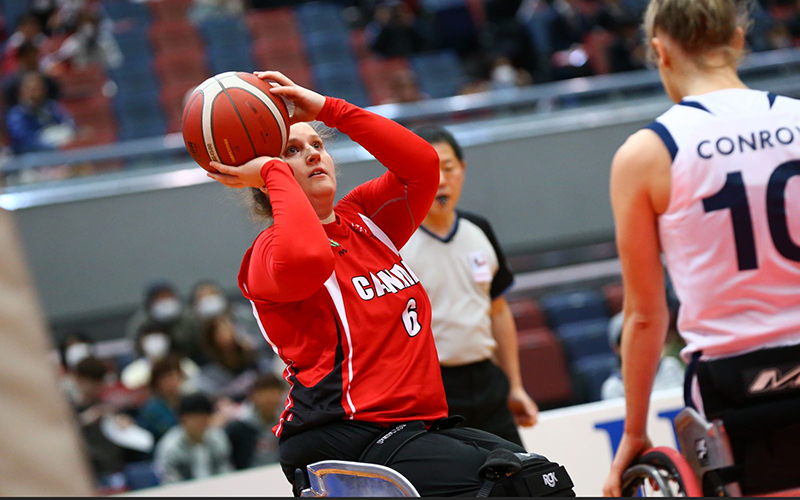 (Osaka, Japan) The Canadian Women’s National Wheelchair Basketball Team started the 2020 calendar year in style with a decisive victory at the 2020 Osaka Cup friendly tournament at the Osaka Municipal Central Gymnasium on Sunday in Osaka, Japan.

The Canadian women went 4-0 in Osaka against world championship silver medallist Great Britain and host nation Japan – a dominant performance they hope to replicate when they return to Japan for the Tokyo 2020 Paralympic Games in August.

Canadian Arinn Young (Legal, Alta.) was selected as the tournament MVP. She averaged 24 points, 14.5 rebounds and 8.5 assists per game.

The Osaka Cup marked the end of a weeklong trip to Japan for Team Canada. The Canadian women also visited Nagoya to test out their staging site for Tokyo 2020, while the Canadian men are following suit this week.

Both Canadian teams will centralize in Toronto at the National Training Centre as of early May to make their final preparations for Tokyo. The Paralympic Summer Games start August 25 and conclude on September 6, 2020.

Follow Team Canada on the journey to the Tokyo 2020 Paralympic Games: