Following their previous win, the United States continued to build on their winning momentum to find a 65-48 victory against Italy and place ninth in the tournament. With the loss Italy places 10th.

Both teams were eager to finish the tournament on a winning note after each going 1-4 in preliminary round. The teams stayed neck and neck in the first half, with the Americans breaking away from a 28-28 tie just before half with a buzzer beating three point shot from Fabian Romo.

The rest of the game played out well for the United States, with Italy’s attempts to erase the deficit thwarted by the American defense. Romo notched a double double for the winning team with 15 points and 12 rebounds and Marshall Lindsay secured the game-high 20 points. For the Italian side, Sabri Bedzeti contributed 15 points and a game-high 16 rebounds.

“I’m proud of our guys, I think we played better ball each game and showed that when we spend a little bit of time together that we can certainly show some improvements,” said the head coach of the United States, Jeremy Lade. “We didn’t finish our layups as well as we wanted, we still had some turnovers but I think we played better ball as the tournament went along.”

In the day’s second classification match, France found a solid 76-63 win against Iran to place seventh in the tournament while Iran placed eighth.

France hit their stride right from the tip off, going on a 13 point run in the first to lead by nine going into the second. Iran fought valiantly to close the gap, outscoring France by three in the second quarter and again in the third quarter.

France took away Iran’s hope of a comeback in the game’s final quarter, adding another 25 points to their total while Iran put up only 16. Alexis Ramonet of France was their top point producer with 27 points and Mohammadhassan Sayari topped the Iranian scoreboard with 24 points and an impressive 20 rebounds for a doube double.

“It was a great game and a great result for my team. I’m very happy for my players and for my staff because they put in a lot of work over many months, and I think it’s possible to win a higher place, maybe fifth, but it’s a good result,” said French head coach Stéphane Binot. 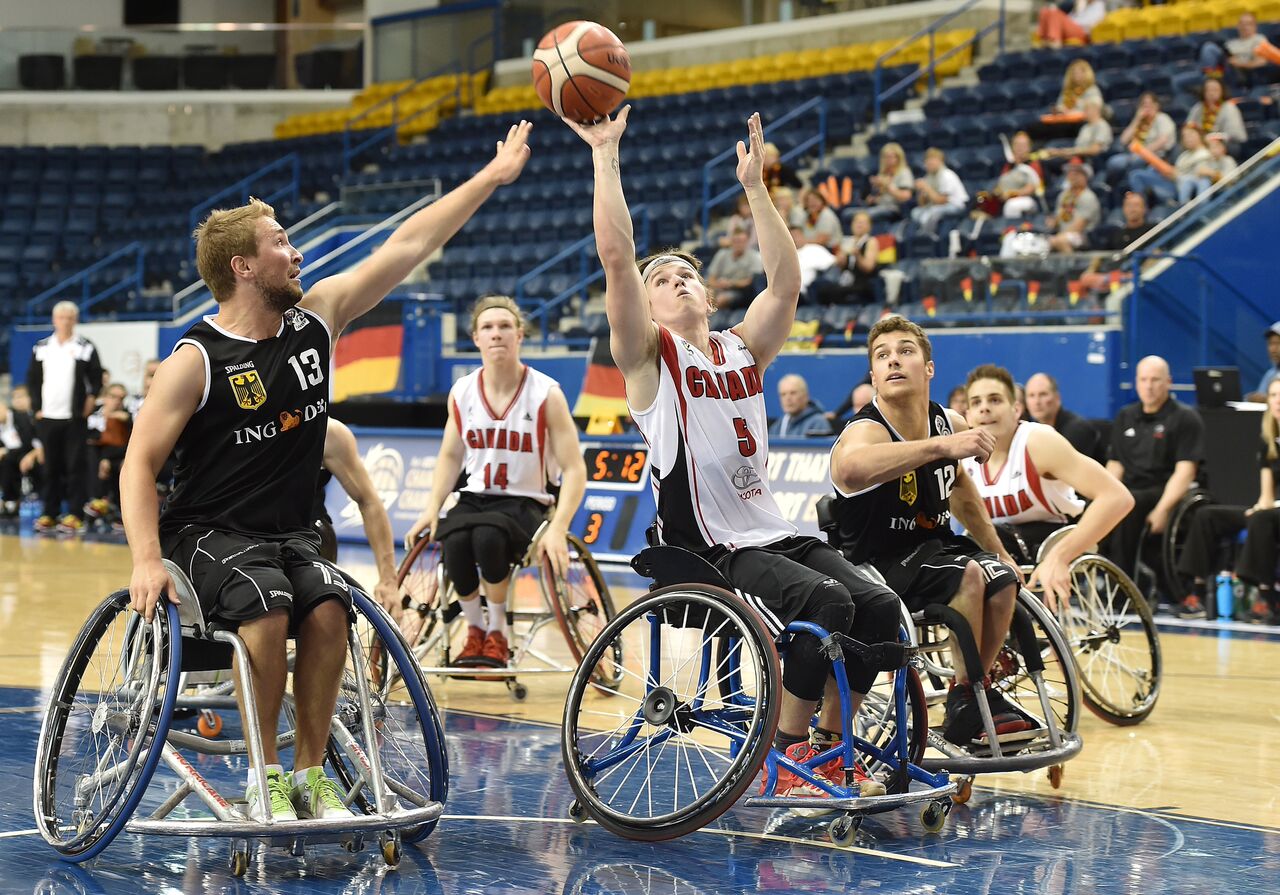 The Canadian Men’s U23 Team end their run at the world championship with a sixth place finish after an admirable effort against Team Germany. The Germans claimed the 76-68 victory against Canada.

Germany dominated the first quarter and carved out a nine point lead that would help them secure the win. With an increase in intensity the Canadians successfully kept the Germans from finding the net in the second quarter and managed to outscore Germany 18-15 to trail by six.

The Canadians kept the pressure on Germany and with sharp shooting from Ben Moronchuk and Liam Hickey ensured it remained a tight game. With one minute remaining in the fourth quarter it was a five point game for Germany but Canada was unable to contend with the German defense to find the win.

Moronchuk and Hickey each produced 24 points for Canada while Germany’s Leon Schöneberg scored the game-high 29 points. Nico Dreimüller contributed a double double for Germany with 15 points and 11 assists.

“We’ve just improved in such a short amount of time. I’m just so proud of these guys, they play with their hearts and their emotion. Canada’s on their sleeve with Wheelchair Basketball Canada right there as well. Thank you to Wheelchair Basketball Canada for giving me the opportunity to coach these wonderful kids,” said Darrell Nordell, head coach of Canada. “We know Germany is a tough team, they come out on us, they come up on chairs and we have to compete and we have to find where their mismatches are. We had a hard time at first matching up to some of their bigger guys, they were definitely going after our lower classes and that’s just good coaching. Congratulations to Peter and the group that he’s got there too, they’re a great bunch of athletes, we enjoyed playing them.”

Captain of the Canadian team, Alex Hayward, also discussed the team’s overall performance, “The tournament went well, I’m pretty sure we exceeding everyone’s expectations in how hard we competed, and not giving up which was our biggest goal. Our big thing was no regrets at the end of it and I think we achieved that.” 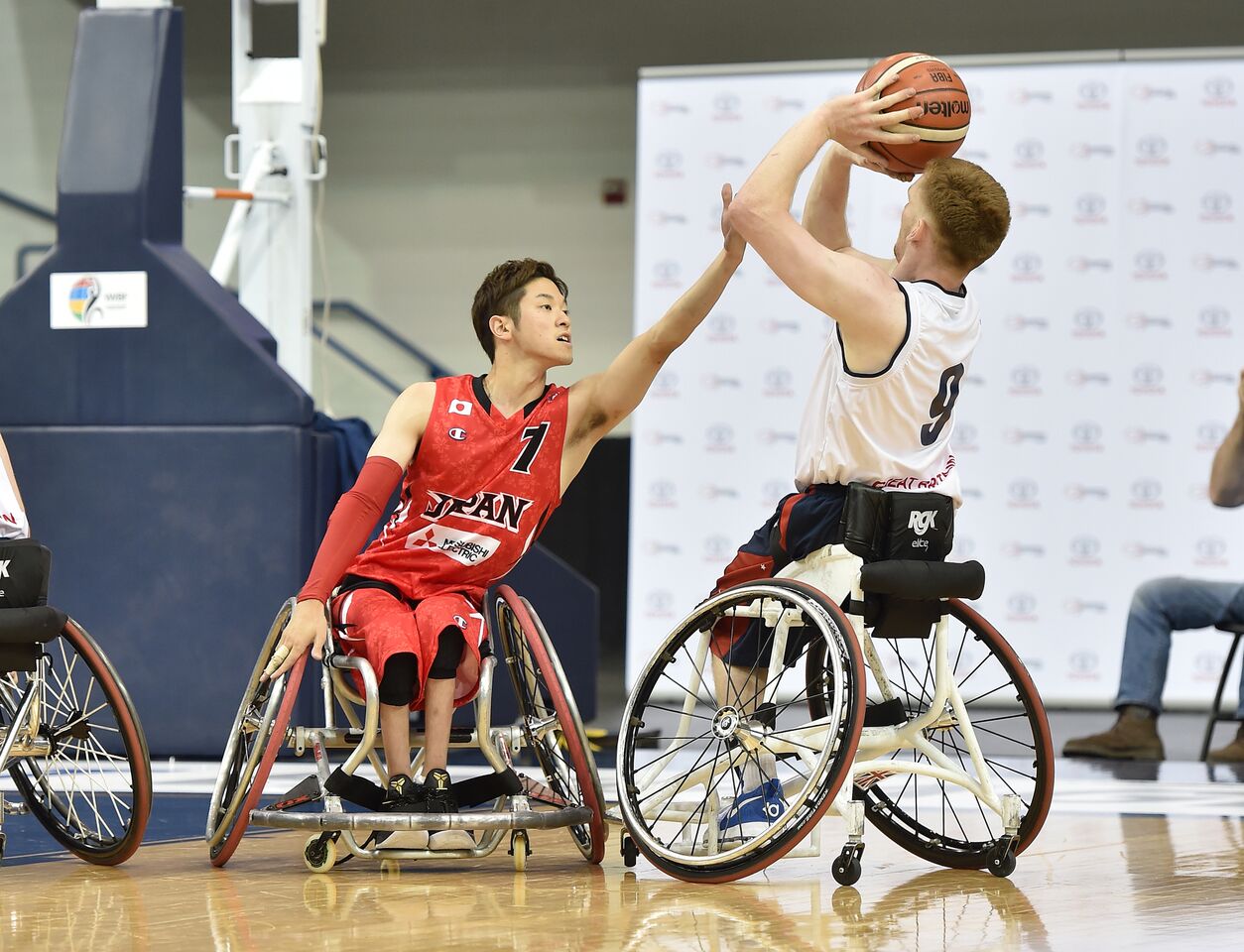 Great Britain earned their way to the gold medal match after a stunning effort against Japan with a 76-34 victory.

Japan was unable to find their way past Great Britain’s defense in the opening quarter while the British offense was unrelenting as they left Japan trailing 23-6 going into the second. With a mountain to climb to get themselves back in the game, Japan found themselves unable to match Great Britain’s pace.

Perry discussed his team’s strong semifinal performance, “I think it was all about our start, it was eight and a half minutes before they first scored so it was just about coming out fast and getting stops on defense. We had a game plan for that defense, we just had to execute that game plan and we did it perfectly and it showed in the first quarter score so we’re just really happy with that start.”

“If we come out half as hard as we did today I think we have a chance against any team in this competition. So recover tonight and then come out exactly the same tomorrow just as hard,” added Great Britain’s Gregg Warburton. 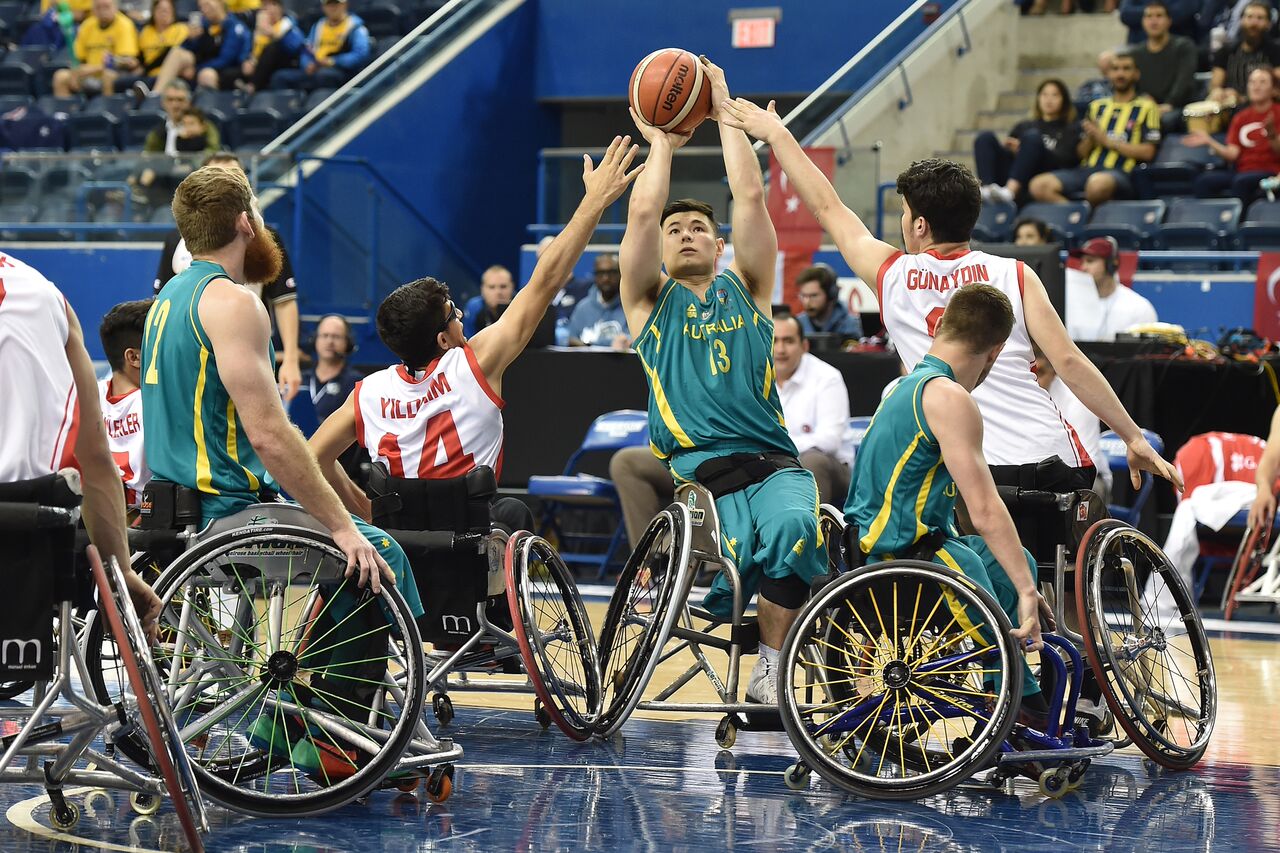 Turkey will face Great Britain in the gold medal game thanks to a 60-52 win against Australia. The Australians will play for bronze against Japan.

Australia struggled to find purchase against the undefeated Turkish team. Turkey played their way to a 10 point lead by half that Australia was unable to counter.

Australia was within reach of the win when they made it a four point game with 47 seconds left on the clock in the fourth quarter but ultimately Turkey would not relinquish the lead.

Tom O’Neill-Thorne paced the Australian offense with 10 rebounds and game-high 31 points. For the Turkish team Halil Bağli led in points with 22 while Ahmet Efetürk tallied a double double with 15 points and 19 rebounds.