For Erica Gavel, the Road to Tokyo is the Road Less Travelled

“Sometimes things can be really, really hard, but anything worthwhile is hard.” 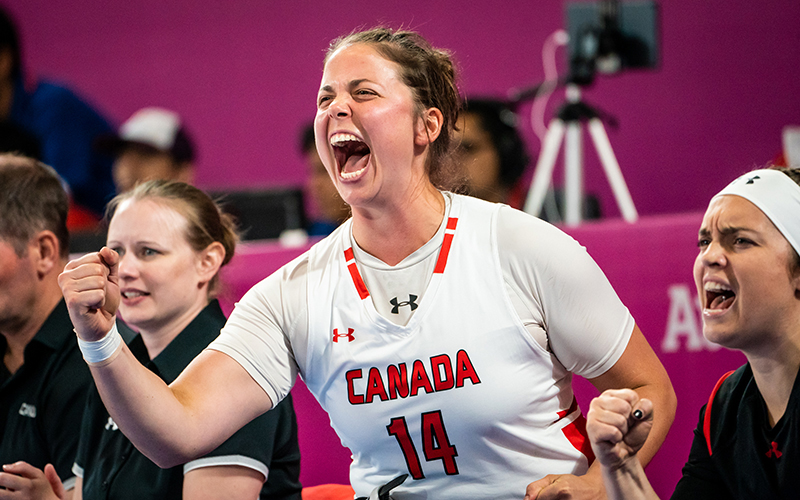 (Toronto, Ont.) Erica Gavel wears many hats – high-performance athlete, PhD student, avid researcher, and parasport ambassador. She is capping off quite the year, the last few weeks of which have been an absolute whirlwind. But Gavel wouldn’t have it any other way.

“To be honest, the last five weeks have been pretty busy between training, school, and conferences and forums and what not, but it’s been pretty amazing,” she admitted.

Let’s break it down, shall we?

Gavel is on the road to Tokyo 2020 as a member of the Canadian women’s national wheelchair basketball team and trains full-time at the National Training Centre in Toronto. She juggles basketball with her studies as a PhD student in environmental physiology and Paralympic performance at Ontario Tech University. Her extracurriculars include positions on the athletes’ councils for both the Canadian Sport Institute Ontario and the Canadian Paralympic Committee, among other endeavours.

Her most recent adventure saw her travel to Chicago, Vancouver, Colorado Springs and Toronto (three times) in a 10-day period in late November for basketball, school, conferences and forums related to her athlete council roles.


“The cool thing about it is that all of those different activities are actually related and somewhat intertwined,” said Gavel.

It’s been a long and winding road for the 28-year-old native of Prince Albert, Sask.

Gavel was a standout product for the University of Saskatchewan women’s basketball team while completing her undergraduate degree in kinesiology. She was sidelined by a series of knee injuries that led her on the path towards wheelchair basketball, which she started playing in 2012.

She ultimately made the move to Toronto to train with the Canadian national team program, and as she delved deeper into the world of high-performance sport she saw the research and innovation possibilities that came along with it.

“I’m always curious in why we do something and how that can improve performance,” she said.

That thirst for knowledge led Gavel to do a master’s degree in exercise physiology at the University of Toronto. She is quick to credit her PhD supervisor and mentor Dr. Heather Logan-Sprenger with helping her pursue research.

Logan-Sprenger was a dual-sport national team athlete while pursuing her PhD, and she has helped Gavel to embrace her passion for research and navigate the balancing act between high-performance sport and academics.

“I am so incredibly thankful for her and how much she has positively impacted me,” said Gavel.

It hasn’t always been easy, but Logan-Sprenger and others have always been in Gavel’s corner to support her when she needed it most. That and checklists.

“It’s definitely been a trial by fire. I’ve failed multiple times and both of my supervisors and basketball coach Mike Frogley can attest to multiple times where I’ve been crying in their offices, but you learn from those experiences. It’s been a journey,” she laughed.


Earlier this year, Gavel received the Own the Podium Dr. Gordon Sleivert Young Investigator Award, which recognizes students who are committed to performance sciences, research and innovation. Gavel’s master’s thesis project uncovered a link between menthol mouthwash and enhanced athletic performance in female cyclists, and the research will be used ahead of the upcoming Olympics in Tokyo.

“I think that award taught me that sometimes things can be really, really hard, but anything worthwhile is hard.”

With all of that hard work on and off the court, no doubt Gavel will be enjoying some much-needed downtime over the upcoming holidays, though she will be running a basketball camp during her brief stint at home in Saskatchewan. Then it’s back to the grind for the monumental year ahead in 2020.

A hopeful for Tokyo, Gavel has her sights set firmly on representing Canada at her second Paralympics. 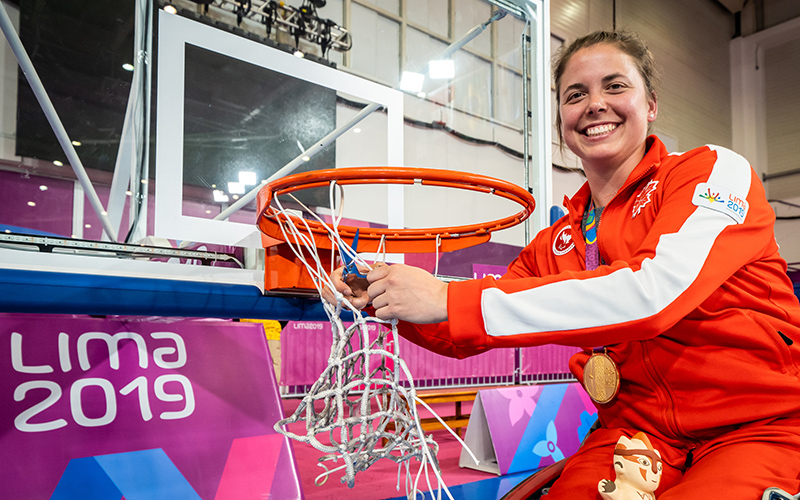 “The last three months has probably been some of the best training I’ve ever had,” said Gavel. “It’s been amazing and I feel like I’m improving the most that I ever have. I’m thoroughly enjoying going to practice every day. I’m really loving basketball right now and I’m getting really excited for the second semester where the national team will start coming together as a team more and work towards Tokyo.”

An astute student in the classroom as well as on the court, Gavel intends to learn from the lessons she and her teammates faced after missing out on the Paralympic podium at Rio 2016.

“As a team, I think in Rio we learned a lot and that anything can happen. You can’t predict what’s going to happen between other teams and you need to bring your best every single game. It’s a marathon. The answer is consistency and if we can play consistently really well in Tokyo, I think that will put us in a great place to get onto the podium.”

Be sure to follow Erica (@EricaGavel) and the rest of Team Canada’s journey on the road to Tokyo in 2020.