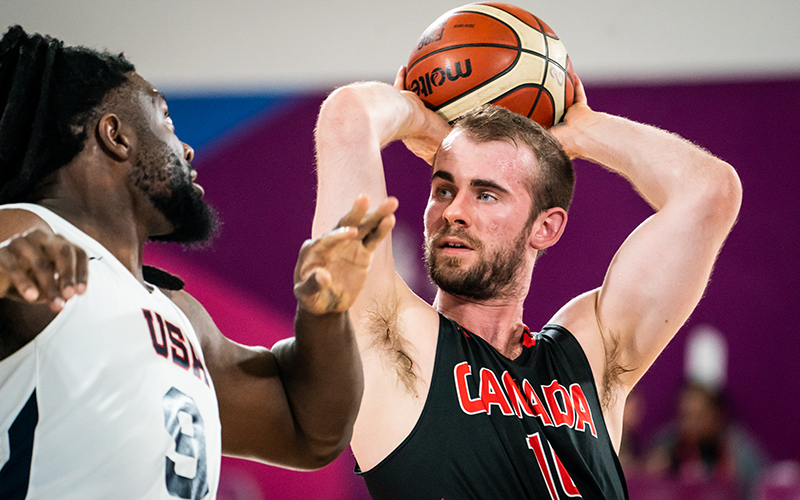 (Toronto, Ont.) Confidence has never been higher for athlete Lee Melymick coming off of a breakout year in 2019. It’s been a swift start to what looks to be a promising career with the Canadian Men’s National Team.

After a silver medal performance with Team Ontario at the 2019 Canada Games to start the year, Melymick had a big summer with Team Canada en route to a Parapan Am Games silver medal and a Tokyo 2020 Paralympic berth.

“2019 was basically breaking the ice,” said Melymick. “I’m finally feeling comfortable playing at this intense level, and that just allowed me to grow and get the confidence that allowed me to help Canada qualify for Tokyo and hopefully it leads to a medal in 2020.”

Melymick began playing with the club team at Variety Village and after a few years of racing up and down the court for the Rolling Rebels, he soon drew the attention of the Canadian national team program.

He made his debut for Canada in his hometown of Toronto at the 2017 IWBF Men’s U23 World Championship before making the jump to the Canadian Senior Men’s National Team in time for the 2018 IWBF World Championships in Hamburg. But it was in 2019 that the 25-year-old Melymick feels he really established himself as a national team athlete.

“I definitely feel like I’ve progressed really quickly, but it also happened to be sort of luck in a way,” he said, referring to a need for depth at his class 1.0 position within the national team program. “There was an opening and I happened to be lucky enough to fit that role perfectly.

“It started with the 2017 world juniors, which was my first taste of international ball, and it was quite hectic. Ever since then I’ve just been trying to get comfortable on the court at the international level, and just this last year was the first year that I’ve been able to play at that level and contribute.”

Melymick was rock solid at the Lima 2019 Parapan Am Games last summer, helping Canada secure a silver medal and a spot at the Tokyo 2020 Paralympic Games. He averaged more than 23 minutes per game and chipped in offensively with 6.3 points per game in six contests in Lima. He was a starter in five of those six games. 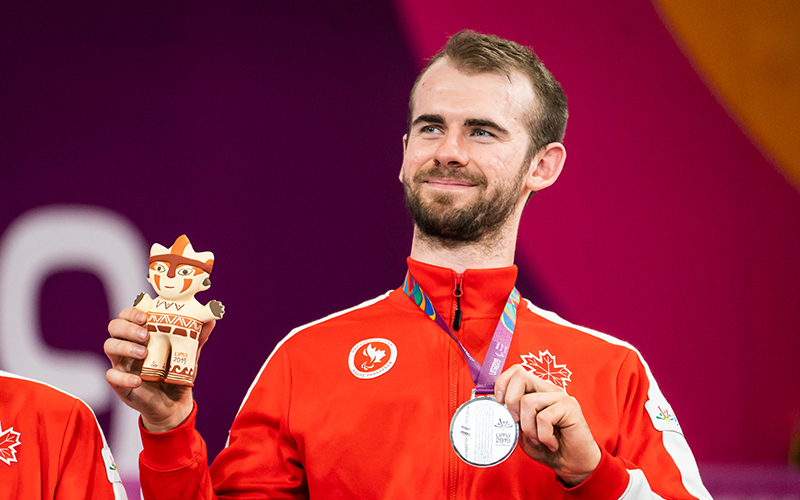 “Lima was the first time I started for the national team, which was a pretty incredible experience,” he said. “I think I actually scored my first international basket as well for the senior men’s team. It was exciting. Hopefully there’s more to come.”

Melymick is working on an encore and is in no way satisfied with a single breakout season. He’s focused on building on that foundation in a Paralympic year in 2020.

“I’m confident in my abilities to keep on contributing to the program, but I think I still have quite a bit of work to do. I would like to be able to really make a name for myself as being quite a threat. I’m not where I want to be, but I’m heading in the right direction.

“One of my strengths for sure is being able to finish shots and I have more range than some typical class 1.0 players would have. My straight-line speed is definitely another huge strength that I have. I can push my chair straight very fast, but it’s the turning I’ve got to work on.”

Melymick is investing some grueling hours into training and perfecting his skills with Wheelchair Basketball Canada’s National Academy, a high-performance program designed to accelerate the development of future Paralympic and world champions for Canada.

He is also working towards a degree in chemical engineering at Ryerson University thanks to his affinity for math and science. While he really enjoys the chemistry side of engineering, he’s only taking one course at the moment. For now, his primary focus is on finding chemistry on the basketball court and cementing his place on the national team.

“I want to live up to my role as a national team class 1.0 athlete that my teammates can rely on offensively and defensively and just be able to play with the team at this high, intense level.”

Melymick and the senior men’s program travel to Nagoya, Japan in February for a training camp as they test out their staging site before the Paralympics. The Nagoya trip will kick off a busy year of training on the road to Tokyo 2020. It’s a challenge Melymick is eager to embrace with the hope of becoming a Paralympian.

“It would be incredible to be able to represent Canada at that level and to be a part of the Paralympic village and see all the other parasports at this multi-sport event. Japan is incredible and I’m sure the opening ceremony will be absolutely amazing. I’ve seen some of the new facilities they are building. Everything they are doing for the Paralympics is going to be so massive and I would love to be a part of that.”

But true to form as a natural competitor, Melymick hopes to leave Tokyo as more than just a participant.

Be sure to follow Lee @leemelymick and the rest of Team Canada’s journey on the road to Tokyo 2020.