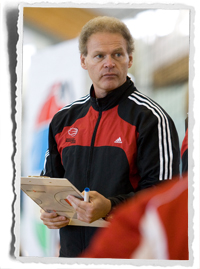 Media are invited to attend the camp as Tonello and Bialowas offer instruction to the top junior aged wheelchair basketball athletes in the province. These athletes are vying for the opportunity to represent Team Alberta at the 2015 Canada Winter Games.

Canadian Women’s National Team player Alarissa Haak, a native of Sherwood Park, Alta., will be among the athletes attending the camp.

The camp is part of a series of sessions designed to select the team that will represent Alberta at the 2014 Junior National Wheelchair Basketball Championship, which takes place March 28-30, 2014 in Edmonton. The tournament features the top junior provincial teams from across Canada and acts as the seeding tournament for the 2015 Canada Winter Games.