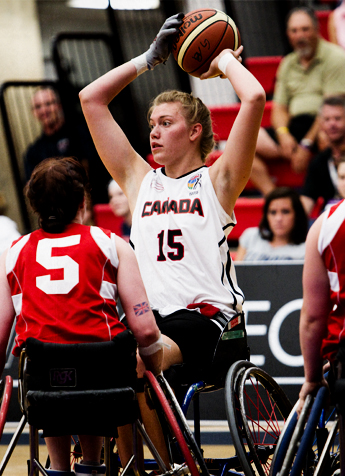 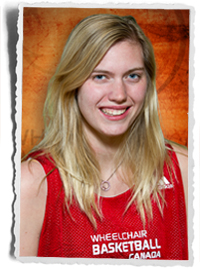 Alarissa Haak began playing wheelchair basketball in 2010 and has shown tremendous development in a short period of time.

With her physiotherapist initiating her development in the sport, Haak joined her local club team and earned a spot on the Sr. Women’s National Team roster for the first time in 2011.

Her passion for the sport stems from her love of the game of stand up basketball. As a former stand up player, Haak’s familiarity with basketball made the transition effortless.

Always open to advice from veterans of the sport, Haak believes wheelchair basketball brings new opportunities and challenges that she is eager to take on.

When she’s not on the court, Haak coaches a stand up basketball team, works at a law firm, and is studying towards a Bachelor of Arts degree at university. She lives by the motto “Do what feels right.”