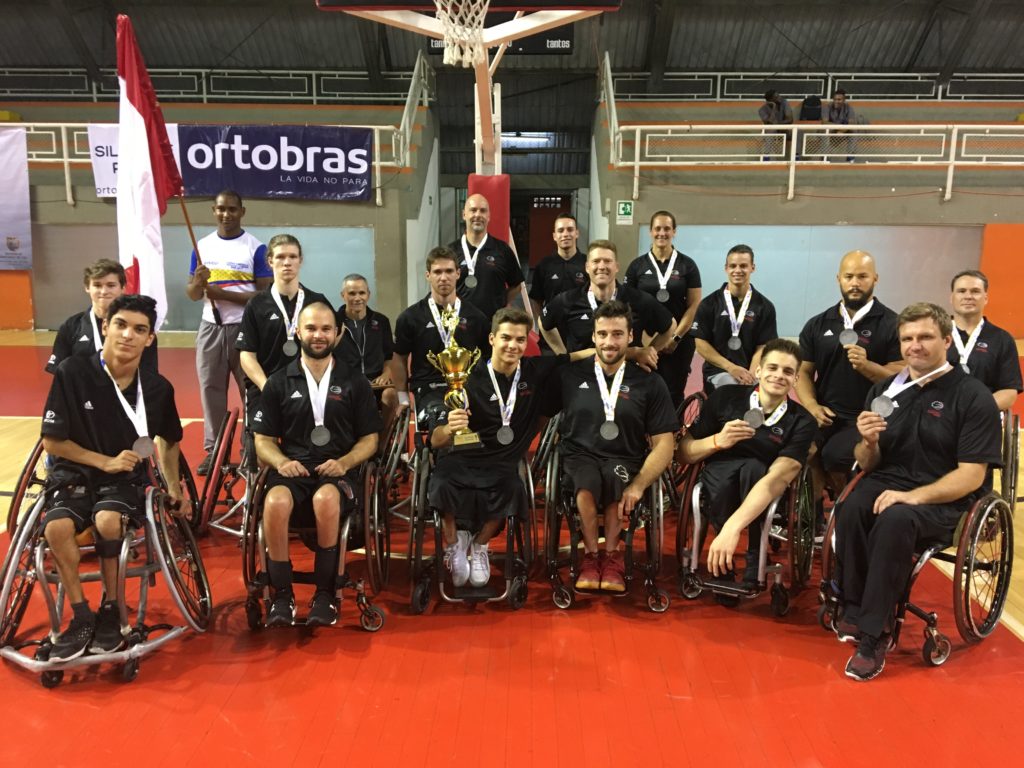 (Cali, Colombia) The Canadian Men’s National Wheelchair Basketball Team claims silver at the 2017 Americas Cup and qualify for the 2018 World Championships in the process. With Canada’s final performance in the tournament they finish with six wins and one loss after USA defeated them in a close final 54-50.

After tip off USA appeared to have control of the game, pushing to an 11-4 lead, but with momentum from a three-pointer from Nik Goncin (Regina, Sask.), the Canadians successfully challenged the lead to tie the game 15-15 at the end of the first quarter. It remained Canada’s game in the second as the team took the lead for the first time and pushed into halftime up 31-24.

The second half was a back and forth battle between the teams and Canada held strong throughout the third quarter, adding another three points to their advantage. It wasn’t until the final frame when USA fought back from a 12-point deficit, outscoring Canada 20-6, to finally take back the lead with less than three minutes on the clock. With 23 seconds until the final buzzer Goncin attempted another three to tie the game but in the last moments the Canadians were unable to counter USA for the title.

“It’s disappointing to lose but overall I feel good about the tournament. It was our first half, it was their second half. They’re the best team in the world and we were pretty close so I can’t help but feel good about it,” said Canada’s Pat Anderson (Fergus, Ont.) “It’s nice to be back on the international stage, the wheelchair basketball community is like a family to me, these teams from Central America and South America show me a lot of love so it’s really a pleasure to be back.”