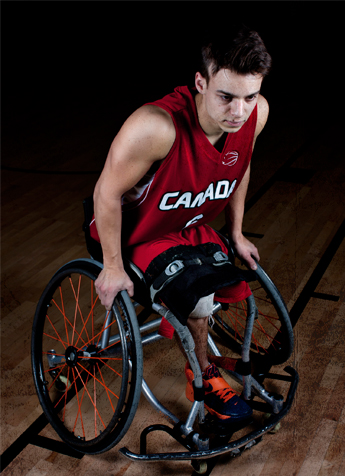 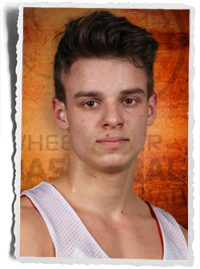 Nik Goncin’s wheelchair basketball journey began in 2008, when he discovered the sport through a clinic at his high school. The coach of the clinic invited Goncin out to a local practice, and he has been hooked ever since.

It wasn’t long before Goncin was representing Saskatchewan on the basketball court and picking up accolades for his dynamic offensive play.

Goncin is a student of the game. He appreciates the intellectual component of wheelchair basketball and feels the level of strategy involved truly sets the sport apart. “It is a big, fast-paced chess game,” he says.

“It is a big, fast-paced chess game.” – Nik Goncin on wheelchair basketball

The Regina native made his debut with Team Canada at the 2009 world junior championship. In 2013, Goncin cracked both the senior and junior national teams, paving the way to earning a spot on the Canadian Paralympic wheelchair basketball team for the Rio 2016 Games.