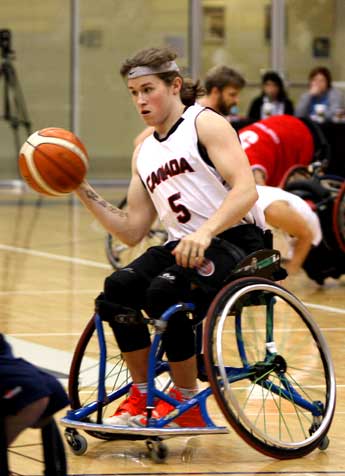 Ben Moronchuk was first introduced to wheelchair basketball in 2010 after an injury prompted family friend and world-class player Danielle Peers to recommend it. He fell in love with the sport after witnessing the speed of the game and getting to know the great wheelchair basketball community.

Since taking to the courts the Edmonton native has displayed a solid two-way game while playing for the Alberta Northern Lights as well as the Alberta junior team, competing for the province at the 2011 and 2015 Canada Winter Games.

His passion and talent for the game caught the eye of the National Academy and he soon joined the program alongside other elite athletes to further develop their skills.

In 2016, Moronchuk was named to the Canadian senior men’s national team for the first time and made his major international debut at the Rio 2016 Paralympic Games.