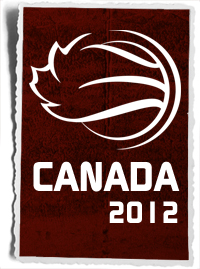 In partnership with the Canadian Sport Centre Manitoba (CSCM), for the first time in program history, the Team Canada women are fully centralized at the University of Manitoba in Winnipeg as they make final preparations for London 2012.

“Armed with nine returning players from our bronze medal winning 2010 World Championship team, and a good injection of youth, we continue to focus on our elite defensive skills, while capitalizing our offensive presence. All in all, we have a great deal of momentum and confidence heading into London,” said head coach Bill Johnson.

“With the outstanding support of key partners such as Sport Canada and Own the Podium a new initiative such as centralization is made possible, which allows us to build a stronger and more complete team.”

Fourteen athletes were originally named to the preliminary roster following selection camp in January 2012. The final 12-person roster includes 11 returning players from the squad that won silver at the 2011 Parapan American Games, and six of who have Paralympic Games experience.

Calgary’s Kendra Ohama and Holland Landing, ON’s Tracey Ferguson are three-time Paralympic Gold medalists that will be competing in their sixth Paralympic Games as part of the team.

Twenty-two-year-old rookie Tamara Steeves (Mississauga, ON) was selected to the senior team for the first time, and is the second youngest member of the team.

The Team Canada women last medalled at the Paralympics in 2004 when they took home bronze, marking their fourth consecutive Paralympic podium finish, which included an unprecedented three consecutive gold medals in 1992, 1996, and 2000.

The 12 women named to Team Canada are: * indicates athletes with Paralympic Games experience

The two alternates who remain centralized with the team are:

Team Canada is currently ranked #3 in the world. They will travel to Alabama, USA for the North American Cup June 20-24, 2012, where they will face the two other top ranked teams the USA and Germany.

The Senior Women’s National Team is amongst the most successful and dominant teams in Canadian amateur sport history. The team captured three consecutive Paralympic gold medals in 1992, 1996, and 2000, and bronze in 2004. They have also reached the podium at six consecutive World Championships, winning gold in 1994, 1998, 2002 and 2006, and bronze in 2010. The team currently sits third in the women’s world rankings.