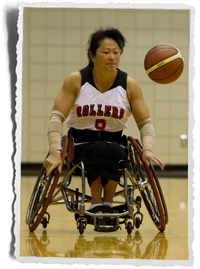 The hometown Calgary Rollers picked up a decisive 61-40 win over the defending-champion B.C. Breakers in the opening game of the tournament. The Rollers outpaced the Breakers with a 15-2 run in the first quarter and never relinquished the lead. Kendra Ohama led the Rollers with 14 points, while Kady Dandenau countered with a team-high 14 points for the Breakers.

The Edmonton Inferno outlasted Quebec 57-37 in the second contest of the day. The Inferno held Quebec to just three points in the second quarter en route to victory. Arinn Young tallied a game-high 26 points for Edmonton in the victory. Élodie Tessier was the top point producer for Quebec with 14 points.

Saskatchewan entered the win column with a 66-43 decision over the winless B.C. Breakers (0-2). Shelby Harrower led Team Saskatchewan with 26 points, while Amanda Yan paced the Breakers with 15 points.

Calgary defeated Edmonton in the battle of Alberta with a 45-42 comeback win. Calgary erased a five-point deficit in the final quarter to overtake the Inferno in the final minute of play. Calgary’s Kendra Ohama produced a team-leading 17 points on the scoreboard. Kylee Evjen scored 14 points for Edmonton.

Saskatchewan concluded the day with a 71-58 victory over Quebec (0-2). Shelby Harrower was the offensive catalyst for the Saskatchewan side with 24 points, while Jade St. Pierre responded with 26 points for Quebec.

Round robin action resumes Saturday as the Edmonton Inferno take on Saskatchewan at 9 a.m. MT, as teams angle for position to determine which clubs advance to the medal games. The bronze and gold medal games take place on Sunday and will be webcast live.