PEI will face New Brunswick in the Tier 2 Gold Medal Match; while Gladiateurs de Laval and Variety Village will battle for the gold in Tier 1 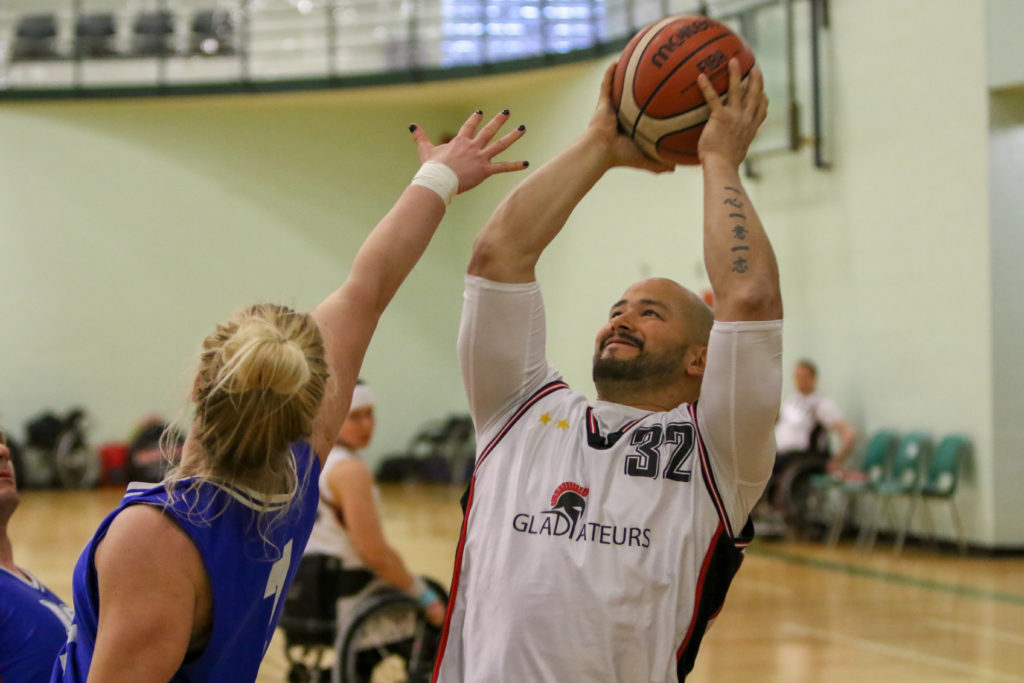 (Charlottetown, PEI) Home team PEI Mustangs will get a shot at the tier 2 championship trophy where they will face New Brunswick Sunday at 10 a.m. ADT at the 2019 Canadian Wheelchair Basketball League (CWBL) National Championship in Charlottetown, PEI.

“This team is built up of players who have been doing this for a long time and it’s very exciting,” says Adam Loo of Team PEI. “To be here at home hosting with the coach that started our program (Clary Stubbert) is pretty special. That’s the biggest thing for us – we are just excited to be doing it together and whatever happens, happens. We’re looking forward to the finals.” Loo has been a powerhouse this tournament and led his team with 27 points in the semifinal win (63-49) against Manitoba.

In the tier 1 division, reigning champions Gladiateurs de Laval and Variety Village will square off in the gold medal game at 12:00 p.m. ADT Sunday.

“BC is always a good match up for us. They have a well-rounded team offensively and defensively,” says David Eng of Gladiateurs de Laval after defeating British Columbia in the semi-finals, 73-66. “There were a couple of runs when we were down, but we were able to bring it back and keep our composure. Now we have to rest up and prepare for tomorrow. We’re looking forward to a great final and we’re hoping we can three-peat.” Eng led all players in the semifinal match with 28 points.

Manitoba and Brampton Cruiser Rockets of tier 2, and British Columbia and Saskatchewan of tier 1 will clash for bronze at 9 a.m. ADT and 11 a.m. ADT, respectively.

The three-day tournament is co-hosted by Wheelchair Basketball Canada and ParaSport and Recreation PEI and features eleven of the best wheelchair basketball club teams in Canada competing for the title of national champion in two tiers at the Chi-Wan Young Sports Centre in Charlottetown, PEI. The tournament is inclusive with athletes with and without a disability competing together on a level playing field.

Action photos from today can be found here.

Rosters can be found here.