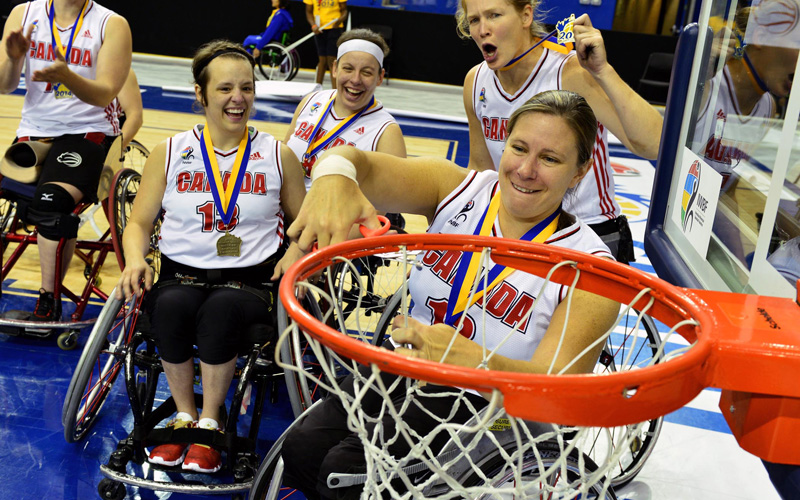 (Ottawa, Ont.) After 26 years of representing Team Canada with passion and poise on the basketball court, decorated veteran athlete Tracey Ferguson has announced that she is hanging up her number 12 jersey and retiring from the Canadian Women’s National Wheelchair Basketball Team.

“Thank you Canada! I have no words to express how truly grateful I am for the privilege of representing Canada as an athlete for the past 26 years. It is with mixed emotions that I am announcing my retirement from the Canadian national team,” said Ferguson, as she bid farewell to the game and thanked her family, friends, teammates, coaches and sport partners in a message on social media.

“My career would never have been possible without the help of so many people that it is impossible to thank everyone personally in this letter. I hope that over the coming months, I am able to reach out to each of you, to let you know what an impact you made in helping me live my dreams.” 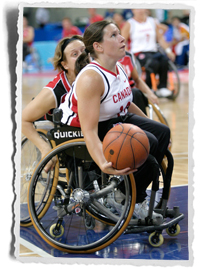 Ferguson joined the national team in 1991 and soon became a part of one of the most successful teams in Canadian amateur sport history, as the Team Canada women won three consecutive Paralympic gold medals in 1992, 1996 and 2000, as well as a bronze medal in 2004. She also captured three consecutive gold medals at the world championships in 1994, 1998 and 2002, and was named to the world championship all-star team in 1998 and 2002. She also won a bronze medal in 2010. She reached the top of the podium for the final time in her own backyard as Team Canada won world championship gold on home soil in Toronto in 2014.

“Tracey is one of the most successful athletes in the history of the women’s program and we congratulate her on all of her outstanding contributions and accomplishments in the game throughout her long and storied career with Team Canada,” said Wheelchair Basketball Canada Executive Director Wendy Gittens. “Her leadership and competitive spirit will be greatly missed on the basketball court and we wish her the very best in the future with whatever comes next.”

“In 26 years of competing, I have had some of the most amazing teammates,” said Ferguson. “We have together given our blood, sweat and in some cases tears in representing Canada with everything we had. I have taken a piece of each of you with me along the way. I am honoured to call so many of you friends.

“To my coaches, you work tirelessly to teach, shape and make us better as athletes and people. You give so much to us and ask nothing in return except that we give our best. All too often, you do this with so little recognition, especially the junior and house league coaches that get athletes started.”

Ferguson first discovered parasport at Variety Village in Scarborough and continues to play wheelchair basketball professionally in Germany. She was inducted into the Canadian Disability Hall of Fame in 2012.