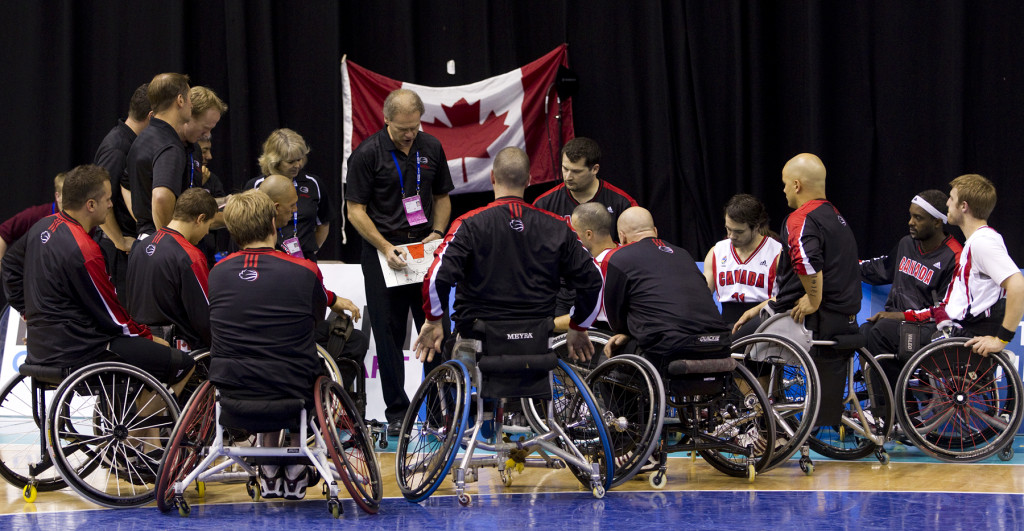 (Ottawa, Ont.) It is with a heavy heart that Wheelchair Basketball Canada mourns the passing of beloved Canadian wheelchair basketball coach Jerry Tonello. He passed away on Wednesday morning at the age of 59. 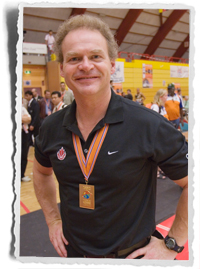 “The wheelchair basketball community has lost one of its finest coaches, a tireless mentor and a true friend,” said Wheelchair Basketball Canada Executive Director Wendy Gittens. “Jerry loved wheelchair basketball as both a player and a coach, and his ultimate passion was working his athletes. He dedicated much of his life to the sport at both the grassroots and national team levels and inspired many along the way. We are deeply saddened by his passing and he will be forever missed by those who knew him. Our thoughts are with his family at this difficult time.”

Tonello led the Canadian Men’s National Wheelchair Basketball Team to a gold medal and an undefeated record at the London 2012 Paralympic Games. He served as head coach of the team since 2009. He first joined the men’s national team program as an assistant coach in 1991, and he helped the Canadian team establish itself as an international powerhouse in wheelchair basketball.

Tonello was diagnosed with a brain tumor in the spring of 2015. He had relinquished his duties as head coach of Team Canada in order to focus on his health and his family.

Even while going through treatment, his thoughts never strayed far from the team. Tonello continued to cheer on Canada from the sidelines, making an appearance to show his support for his athletes and coaches while the Canadian men competed at the Toronto 2015 Parapan American Games in August. Team co-captain David Eng made a special, heartfelt tribute to Tonello on behalf of the team following the men’s gold medal game at the tournament.

“We are all saddened by the news. Jerry was a great man and he did a lot for me in my development as an athlete,” said Team Canada player and co-captain Bo Hedges. “Where I am on the national team and my success to date has a lot to do with the support Jerry has given me in my career. His passing is a big loss for the high performance program, for our team and for the greater wheelchair basketball community.” 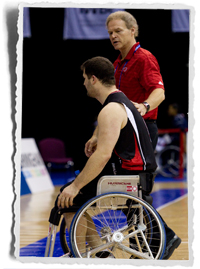 “Jerry was a tremendous colleague and an even greater friend,” said Wheelchair Basketball Canada High Performance Director Mike Frogley. “He had a very deep connection to the sport and that passion shone through in everything that he did, from mentoring new coaches to getting that last ounce of effort from his players at the end of a big game. He was a true student of the game and was widely respected both in Canada and in international circles. We are all better for having known Jerry. Working alongside him has been a true honour.”

A native of Toronto, Ont., Tonello grew up as an all-around athlete in football, basketball and a number of other sports. He was introduced to wheelchair basketball by friends and started playing as an able-bodied player. He was a dominant big man on the court and played recreationally for many years. He began coaching in 1982.

He is survived by his wife Anne-Louise and two sons, Matthew and Zachary.

Wheelchair Basketball Canada asks that media respect the privacy of the Tonello family as well as that of the athletes. Media requests may be directed to cpollock@wheelchairbasketball.ca.