Americas Cup Day One Recap: Canada Falls to Argentina in a Close Match 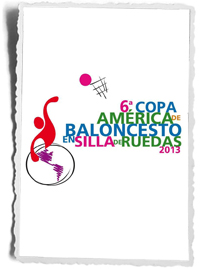 Canada lost to Argentina by a score of 63-58 in their opening game of the round robin at the 2013 Americas Cup.

Argentina scored the first basket of the game, but Canada rattled off the next 14 to take a big lead in the first five minutes of play. Nikola Goncin, who played in his first official Senior event, scored Canada’s first 14 points in a terrific display of inside and outside shooting.

Canada went through a cold spell of shooting to start the second quarter and did not score their first basket until the five minute mark, while Argentina began to improve their play. Half time score was closed to 31-26 in favour of Canada.

Argentina continued to close the gap in the third quarter leading to a score of 45-42 for Canada.

Argentina took their second lead of the game at 49-47 mid-way through the fourth quarter and the score see-sawed until 1:30 left when Argentina scored a long three-pointer and followed it up with a pair of free throws to take the lead for good.  Canada attempted a couple of three-pointers in the final seconds but could not catch up.

“The team played very well to start the game, despite being nervous in the first official game of the year. There is still lots of basketball to play, and we’ll use this experience to improve as the week goes on,” said Eng.

Canada plays Puerto Rico on August 5 at 4 p.m. local time in their second game of the round robin.