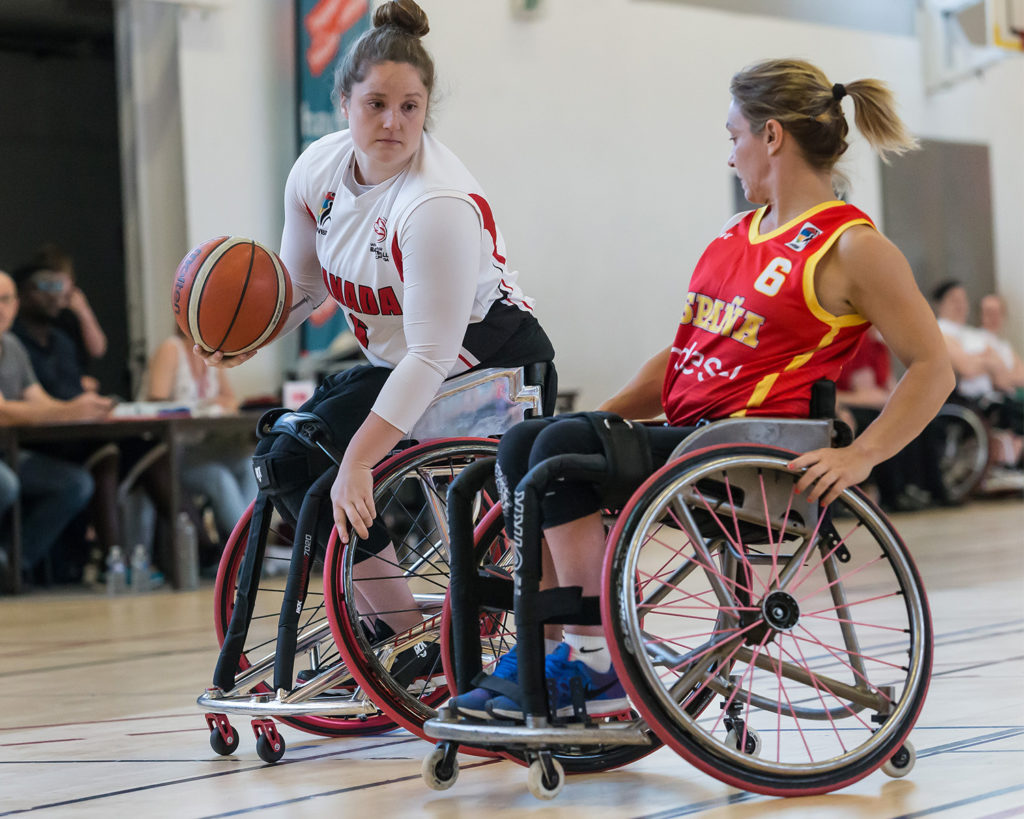 Both squads feature a mix of youth and experience, with 14 Paralympians and nine Parapan American Games newcomers. Among the two teams, there are five Paralympic medalists as well as six world champions.

Both teams are in a group stage with Argentina, Colombia and Mexico. While the men directly qualify for the quarter-finals (as all the teams do), the women must finish in the top two in their group to reach the semifinals.

Both the men’s and women’s teams finished second in the 2015 Parapan American Games in Toronto, losing to the U.S. in the finals.

The Canadian women are coming off a fifth-place finish in the 2018 World Championships, where they had a 5-3 record but were eliminated from medal contention by China in the quarter-finals. This time around, there’s been more growth and better chemistry among teammates leading into Lima.

“We weren’t the team that we are now,” athlete Tara Llanes said. “We weren’t as bonded, we weren’t as together. We were all still finding our place on the team.” She added that the team wasn’t happy with its 2018 results and is now a different team. Llanes joined the senior national team in 2018.

Ouellet is a Team Canada veteran, having been to three Paralympic Summer Games. She is also the longest serving player on the team (since 2007). 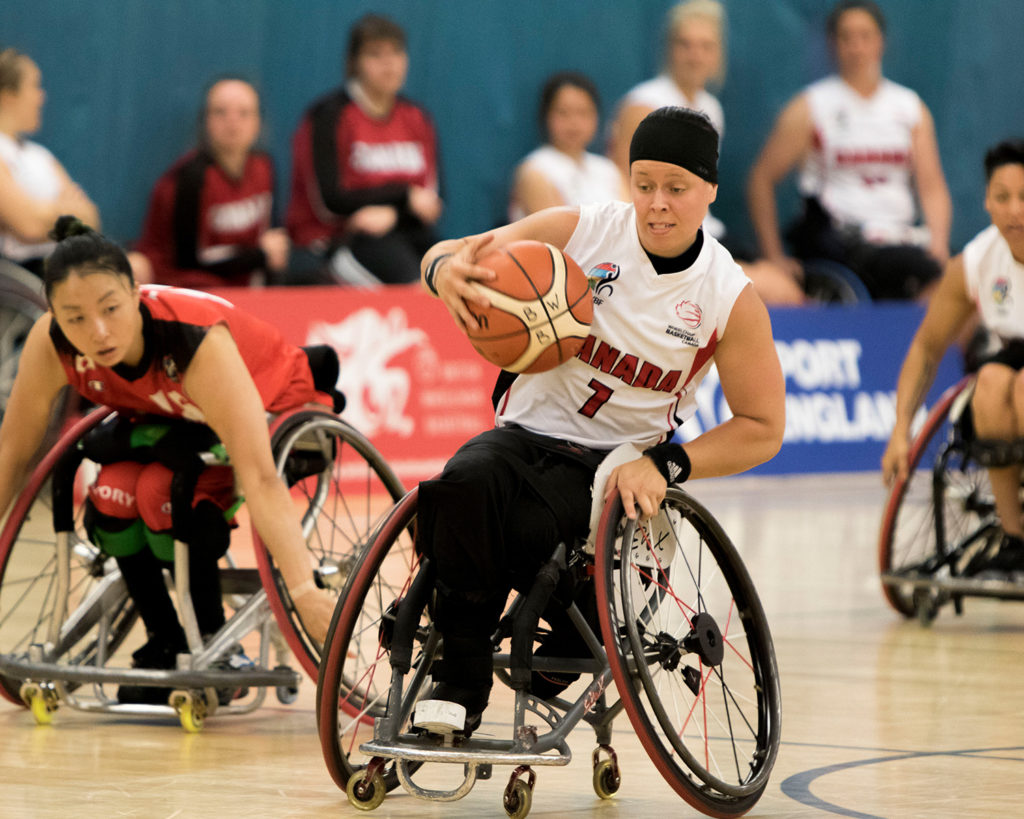 Kady Dandeneau, Élodie Tessier, Sandrine Bérubé, Puisand Lai and Llanes all return after appearing at the world championship in 2018. Those players are making their multi-sport Games debut in Lima. They’re poised to make an impact, building off their world championship experience.

As for incoming players, Danielle DuPlessis will be making her first appearance ever for Team Canada in a formal competition. 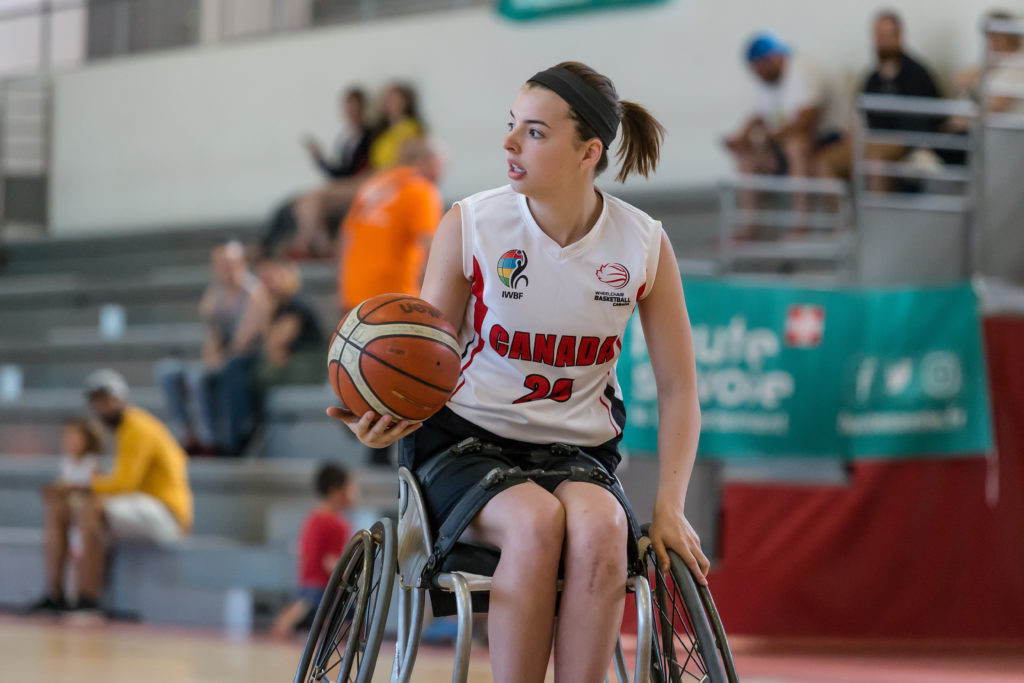 Leading up to the Games, Canada has faced plenty of top competition in exhibition play. The team won the 2e open féminin handibasket international in France and the Nations Cup in Germany. They beat notable European teams such as Germany, France and Spain. Canada also beat the reigning world champion Netherlands in an exhibition game in Toronto in June and faced off against the U.S. in a series of games as well.

Canada’s men’s team comes in with experience and some Parapan American newcomers as well. The team is coming off a 12th place finish at the 2018 World Championships with a 2-3 record and is a highly motivated group in search of redemption in Lima.

Coach Matteo Feriani’s side boasts eight Paralympians: Patrick Anderson, Nik Goncin, Deion Green, Bo Hedges, Chad Jassman, Jonathan Vermette, David Eng and Tyler Miller. Eng and Hedges are the captains. Both of them, along with Anderson, Jassman and Miller, were part of the Canadian gold medal team at the 2012 Paralympics. 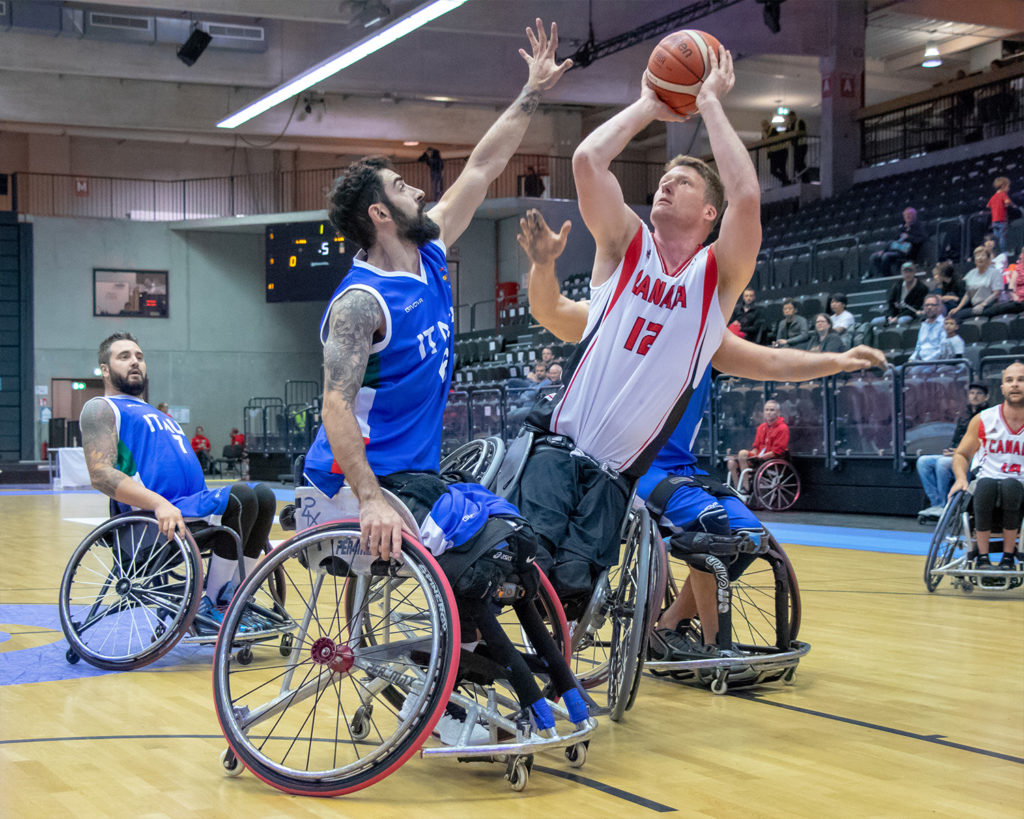 Joining the veterans are three other returning players from last year’s world championship entry in Vincent Dallaire, Colin Higgins and Lee Melymick. Dallaire will compete at his second Parapan Am Games, while both Higgins and Melymick are making their multi-sport Games debut and looking to take their games to the next level in Lima. Pure rookie Blaise Mutware is new to the team and adds some height into the mix as he makes his international debut for Canada.

Eng said the 2018 World Championships was “disappointing” for the team but they are training better this summer. “We’re training a little bit smarter and go really intense on the intense days and manage our rest as well,” he said. Eng added the team is more experienced from last year with players having learned from their time at the world championships. 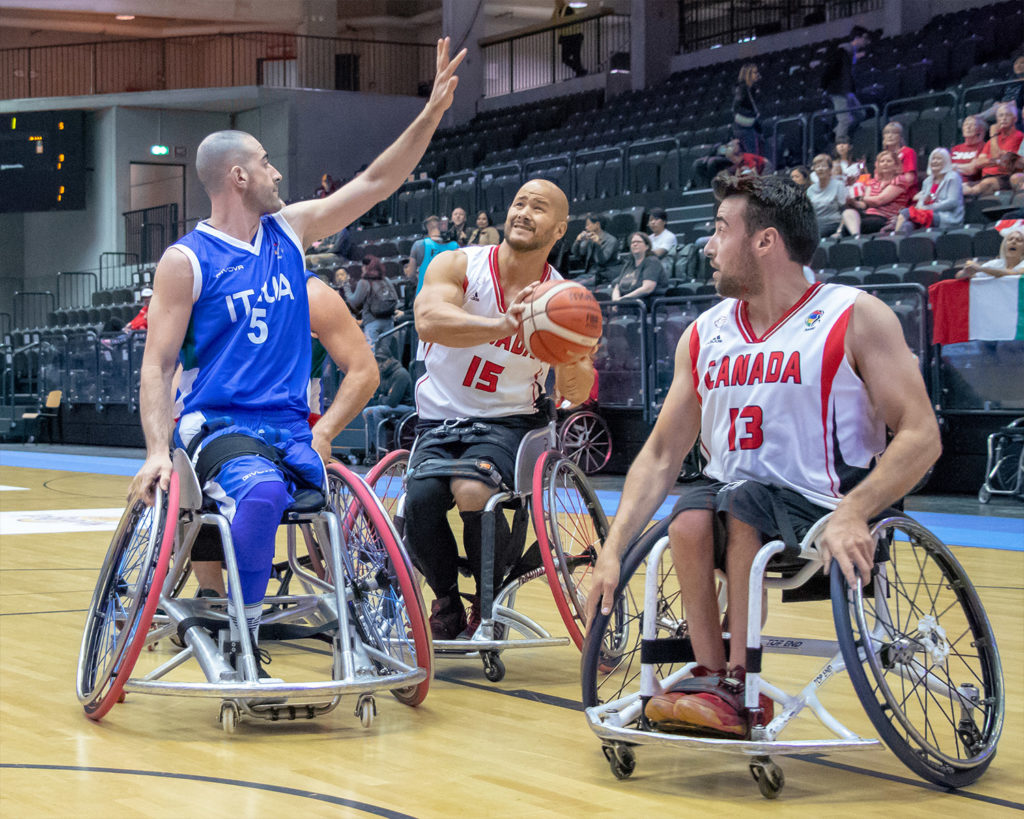 Mexico finished fifth (3-2) in 2015 and qualified for Lima through 2018 Women’s Americas Regional Qualifier.

USA has won the past two Parapan American gold medals as well as the 2016 Paralympics. However, they are coming off a sixth-place finish at the 2018 World Championships.

Chile did not participate in 2015 but qualified for Lima through the 2018 Women’s Americas Regional Qualifier.

Argentina is coming off finishing third (4-2) in 2015 and seventh at the 2018 World Championships. They also won the 2018 South American Championships to qualify for Lima.

Colombia finished fifth (2-3) in 2015 and second in the 2011 Parapan American Games. They were third in the 2018 South American Championships to qualify for Lima.

Peru qualified as the host country but they were not involved in the 2015 or 2011 Parapan American Games.