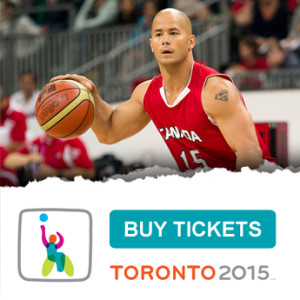 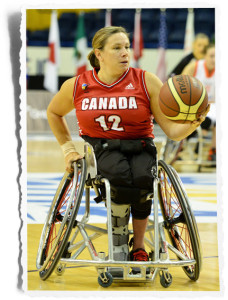 (OTTAWA, ONT.) With under two months before the Toronto 2015 Parapan Am Games, the best female wheelchair basketball athletes in the country will centralize in Winnipeg, Man. from June 15-28, 2015.

In partnership with the Canadian Sport Centre Manitoba, the reigning world champion Canadian Women’s Wheelchair Basketball Team will converge at the University of Manitoba for its final centralization camp before staging for Toronto 2015. Team Canada is vying for a top three finish at the Parapan Am Games in August in order to secure a berth at the Rio 2016 Paralympic Summer Games.

Media are welcome to attend an open practice on Thursday June 25, 2015 from 2 p.m. to 4 p.m. CT to capture visuals and interview Team Canada athletes and coaches as they prepare to battle the top wheelchair basketball teams in the western hemisphere.

TV/Photo Op:
Catch a glimpse of the sheer athleticism, speed, and intensity of the wheelchair basketball players who will star at the Toronto 2015 Parapan American Games

Who: The following athletes will attend centralization camp (athletes’ city of residence indicated / athletes to represent Canada at 2015 Parapan Am Games denoted with a *):

What: Centralization camp in preparation for the Toronto 2015 Parapan American Games

The Senior Women’s National Team is amongst the most successful and dominant teams in Canadian amateur sport history.  The team captured three consecutive Paralympic gold medals in 1992, 1996, and 2000, and bronze in 2004. They have also reached the podium at seven consecutive world championships.

The Canadian Sport Centre Manitoba (CSCM) was created as one of the many legacies of the 1999 Pan American Games held in Winnipeg. CSCM is recognized as the home of Olympic and Paralympic athletes training and developing in Manitoba. CSCM provides integrated services and programs (in the fields of physiology, strength and conditioning, nutrition, psychology and support services) to enhance the training environment for Olympic and Paralympic athletes and coaches throughout the province. We use creativity and innovation to push the perceived barriers of human potential and the results are incredible athletic performances. Athletes come to us with their dream of reaching the podium and we have the people, the expertise and the tools to help them reach their goal.