Great Britain and Team USA To Meet in Final, Canada To Face Turkey For Third Place at 2016 Men’s Toronto Challenge 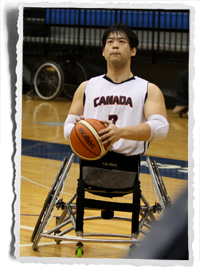 (Toronto, Ont.) Team USA and Great Britain will decide first place at the 2016 Men’s Toronto Challenge, while Canada will face Turkey to determine third place in the wheelchair basketball exhibition tournament at the Mattamy Athletic Centre in Toronto.

Great Britain defeated Canada in decisive fashion with an 89-37 win in the semi-finals. The Brits started strong with some precise shooting from the floor while Canada struggled to hit the mark with their shots. Phil Pratt led all players with 19 points for the British side, while Canada’s Ben Moronchuk dropped a team-high 11 points.

Team USA stretched its winning streak to 4-0 with a 59-55 decision against Turkey in the other semi-final match on Monday night. American Steve Serio tallied a team leading 16 points in the contest. Ozgur Gurbulak was the top point producer for Turkey with 17 points.

Canada and Turkey will meet 6:15 p.m. ET on Tuesday, while Great Britain and the United States will decide first place at 8:30 p.m. ET. All games are open to the public.