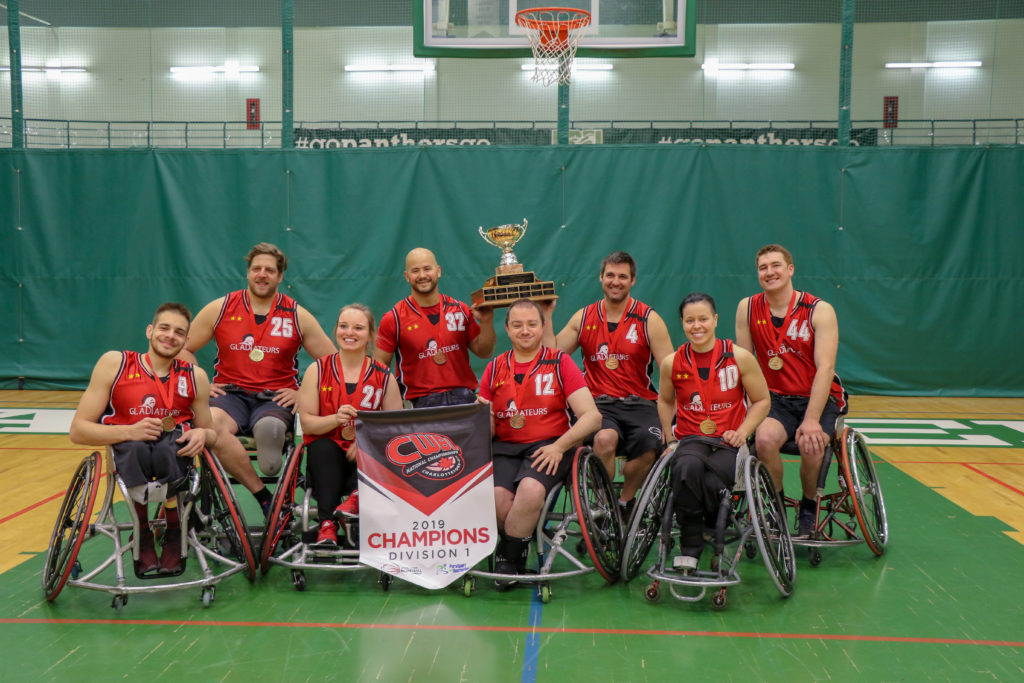 (Charlottetown, PEI) Gladiateurs de Laval of Tier 1 seized the gold medal for the third year in a row in a 87-61 win over Variety Village at the 2019 Canadian Wheelchair Basketball League (CWBL) National Championship in Charlottetown, PEI.

“The game was dedicated for Quebec athlete, James Camille, who passed away this year so it meant a lot to the team to play for him,” said Cindy Ouellet of Team Quebec. “It’s a three-peat for the Gladiateurs de Laval so it feels pretty good!” 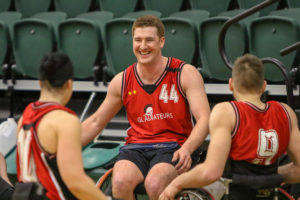 Laval’s David Eng led all players with a massive offense effort, putting up 37 points in the final game. 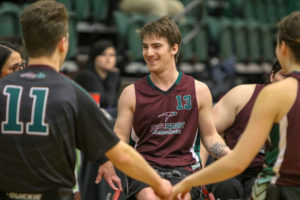 “After finishing fourth at Canada Games and coming here with the same New Brunswick team and winning gold at Nationals feels really good! It’s awesome,” says Jacob Fudge of Team New Brunswick. Fudge was a powerhouse in the final game, leading his team to victory with 28 points.

The three-day tournament is co-hosted by Wheelchair Basketball Canada and ParaSport and Recreation PEI and features eleven of the best wheelchair basketball club teams in Canada competing for the title of national champion in two tiers at the Chi-Wan Young Sports Centre in Charlottetown, PEI. The tournament is inclusive with athletes with and without a disability competing together on a level playing field.

Photos from today can be found here.

Rosters can be found here.