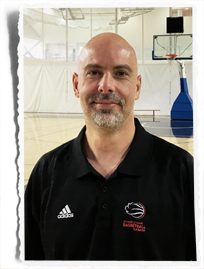 He takes on the head coaching duties as the Canadian men work towards a top-four finish at the America’s Cup world championship qualifier in Cali, Colombia in August.

Feriani, a native of Padua, Italy, has dedicated his coaching career to working with wheelchair basketball athletes. Throughout his 18 years of experience he has served as an assistant coach with national team programs from Italy, Australia and Brazil, as well as a head coach with various European and Australian professional club teams.

“I am very excited about this opportunity with Team Canada and thrilled to be the head coach of a national team,” said Feriani. “It is an honour to be at the helm of such a distinguished high performance wheelchair basketball program and I am looking forward to working with such a talented group of athletes, coaches and staff as we push to qualify for the world championship in 2018.”

“It is an honour to be at the helm of such a distinguished high performance wheelchair basketball program and I am looking forward to working with such a talented group of athletes, coaches and staff as we push to qualify for the world championship in 2018.”

“Matteo has a unique understanding of the technical needs and requirements of high performance wheelchair basketball athletes and as a highly regarded coach he has proven his ability to deliver high performance results,” said Wheelchair Basketball Canada Executive Director Wendy Gittens. “Canada is focused on developing the very best wheelchair basketball athletes in the world and we are confident in Matteo’s ability to steer our senior men toward success.”

Feriani began his national team coaching career with the Italian senior men’s and women’s programs, before moving on as an assistant coach with the Australian Senior Men’s National Team. Notably, he helped coach the Australian men to a silver medal performance at the London 2012 Paralympic Games, where the Aussies fell in the final to the rival Canadians, as well as to a gold medal at the world championship in 2010.

The Senior Men’s National Team is one of the most highly respected wheelchair basketball programs in the world. Team Canada reached the podium at four consecutive Paralympic Games from 2000-2012, winning gold medals in 2000, 2004 and 2012, and a silver medal in 2008. The team has also medalled at six of the past eight world championships.