Veteran Tamara Steeves Cherishes Every Moment on the Court 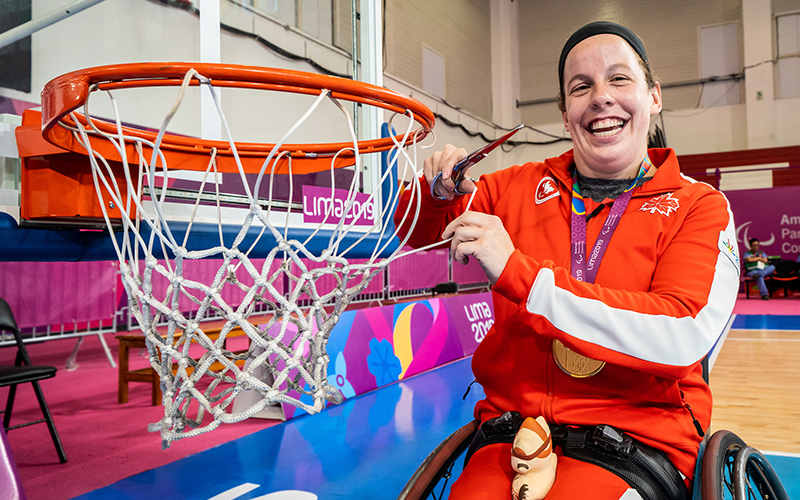 (Osaka, Japan) Commitment. Hard work. Teamwork. For veteran Team Canada wheelchair basketball athlete Tamara Steeves, these aren’t just clichés – they’re words to live by. This unshakable mentality has propelled Steeves to where she is today as an established leader and mentor in her ninth season with the Canadian Senior Women’s National Team.

“Being a vet means a lot,” said the 30-year-old Steeves. “I’ve been around for quite a bit and went to the Paralympics at London 2012 and Rio 2016. I think showing what I know to the younger players and how hard I work, that dedication is how you accomplish your goals. I enjoy teaching them what I’ve learned over the years. Work hard, follow your goals, and then go to the Paralympics.”

Steeves highlights her first Paralympic Games at London 2012 as a turning point in her career. At the time she was a rookie with the Senior Women’s National Team and making the team for London 2012 truly solidified the notion that hard work does indeed pay off.

Prior to London 2012, Steeves made her international debut for Canada at the Osaka Cup in 2011. The native of Etobicoke, Ontario is back in Japan this week for the 2020 edition of the Osaka Cup at the opposite end of the career spectrum.

The Osaka Cup marks the first international exhibition game action on the 2020 calendar for the Canadian women and their first test during the final phase of preparation for the Tokyo 2020 Paralympic Games. Canada aims to maximize the opportunity to train as a group, build on team chemistry and gain meaningful game experience on the road to Tokyo.

“We usually don’t get together often during the year, it essentially starts in May with centralization,” said Steeves. “Every opportunity that we can train together, we try to learn from every moment. Meaning getting together, communicating, working hard. Doing what we need to do to play our best.

“With the Osaka Cup we get to play Great Britain and Japan, so playing against some of the top teams there makes us work so much harder and strive to be better each game,” said Steeves. “Great Britain is one of our toughest opponents, so getting to play reps against them ensures that we are ready to go for Tokyo.” 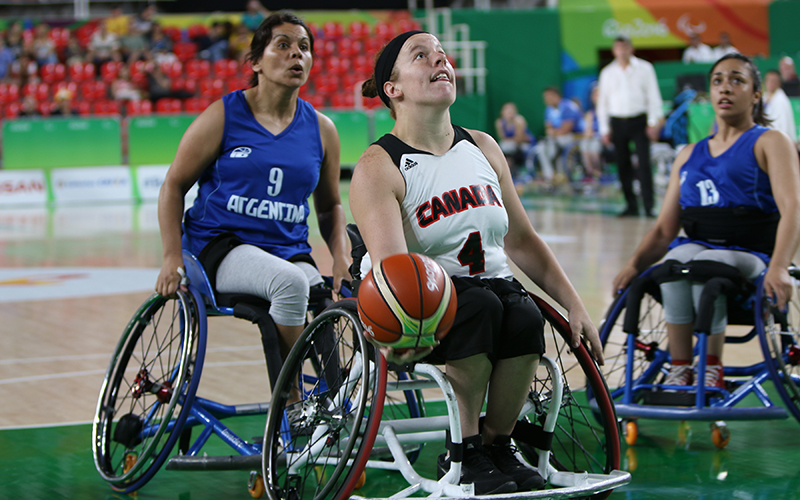 Steeves is focused on being at the top of her game for the Paralympics in August. She didn’t see much playing time as an awestruck rookie at London 2012. Fast-forward to Rio 2016, and she played more meaningful minutes coming off the bench. But with Tokyo 2020 on the horizon, Steeves hopes to be a part of the starting five rotation at her third Paralympics and leave it all out there on the court.

“My goals are to keep playing as hard as I can and to train as much and as hard as I can each time I’m on the court. I want to make every opportunity count. One of my goals is to hopefully win a medal with my team and to play every moment as if it’s possibly my last, because you never know when it will end.”

Despite nearly a decade at the national team level, the two-time Paralympian and world champion still embraces every opportunity to learn and grow as a player and person. She credits her fellow veterans with shaping her into the player she is today – a genuine team player who values her team and what she can learn from her coaches and peers.

That passion for learning and helping others is what drives Steeves in many aspects of her life. On top of her belief in the principle that hard work pays off, Steeves takes it a step further by working to pay it forward and give back to the game off the court.

“I’m hoping to volunteer and give back to my club that gave so much to me,” said Steeves, who got her start in wheelchair basketball with the Cruisers Sports club in Mississauga. “Hopefully I can volunteer around hospitals or with school programs, and try to give back what the sport has given me.”

You can tune it to catch Tamara @tamarasteeves89__ and the rest of Team Canada in action at the Osaka Cup from February 13-15 as they continue their journey to the Tokyo 2020 Paralympic Games. Follow us at: