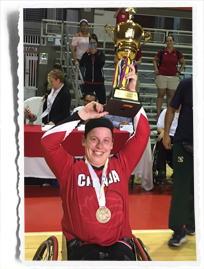 (Cali, Colombia) The Canadian Women’s National Wheelchair Basketball Team defeated the United States 82-56 on Tuesday evening to claim the gold medal at the 2017 Americas Cup qualifier in Cali, Colombia. The Canadian men also advanced to the championship game with a decisive 69-43 victory over Brazil in semifinal action and will face the Americans for gold at 6 p.m. ET on Wednesday.

Both Canadian teams had already secured berths to the world championship in 2018 prior to game night on Tuesday, but both were motivated to take home some additional hardware by way of reaching the podium.

After trading baskets with Brazil to open the frame, the Canadian men found their rhythm in the semifinal led by the charge of captain Bo Hedges (Wonowon, B.C.). They carried that momentum forward in a dominant second quarter to take a 20-point lead, 41-21, into halftime.

Canada kept up the pressure in the second half, forcing turnovers and converting on the mistakes by the Brazilian side. The Canadians were also a force in the paint and shot 66 per cent from the field. Brazil came out firing in the fourth quarter but the Canadians kept pace as the score proved well out of reach.

“Our win yesterday came with a big feeling of accomplishment. We used to take qualifying for granted but it’s gotten a lot tougher,” said Team Canada’s Patrick Anderson, of Fergus, Ont. “The day after I was just impressed that we came back ready to compete and play really hard against what’s been a very good Brazil team for a lot of years. We not only beat them but we played well enough that I’m starting to think that we might end up back in that upper echelon of teams in the world, but we’ve got a ways to go and we’ve got a huge test tomorrow against the USA.”

Canada scored by committee in the victory. Anderson topped all point producers with a double-double on the strength of 21 points and 15 rebounds while falling just two assists shy of a triple-double. Nik Goncin (Regina, Sask.) picked up 16 points, Hedges contributed 14 points and David Eng (Montreal, Que.) added 10 points for the Canadian side. 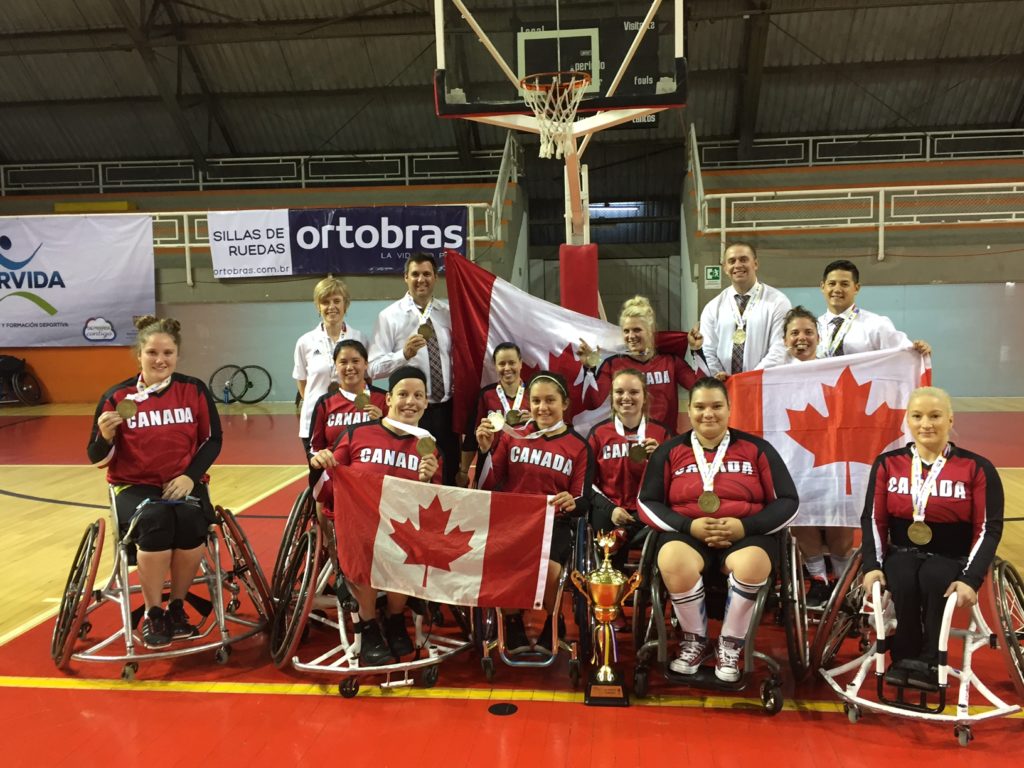 The Canadian women’s team once again demonstrated why they were the team to beat at the tournament. While both Canada and the United States took off to a slow start it was Canada who found their stride first. Led with precision shooting by Cindy Ouellet (Quebec, Que.) Canada secured a 15-3 lead by the end of the first quarter.

The United States, determined to keep the game within their grasp, made a concerted effort in the start of the second quarter to outscore Canada, but it wasn’t long until the Canadians matched the States’ output to maintain their advantage. The match continued after halftime with the teams exchanging buckets and Canada slowly widening the 17-point gap to keep the top of the podium out of reach for the Americans.

“We came out here to do a job and that was to get a gold medal and now that we have it it’s a great feeling. To play on the international stage and represent Canada is a tremendous honour,” said Team Canada’s Kady Dandeneau (Pender Island, B.C.) “Cali has been awesome and playing in this tournament has been a great experience that I’ve loved every minute of and it’s wonderful to end it with a gold medal. At the 2018 World Championships we’re looking to do exactly what we did here today so we’re going to put a lot of work in to improve over the coming year.”