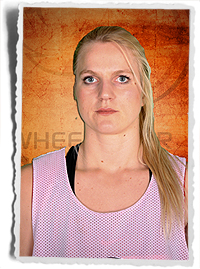 She began playing wheelchair basketball in 2015 after being introduced to the game by fellow Pender Island native and former Team Canada coach Tim Frick, once injuries prevented her from continuing with the standup game.

Before taking the court for the National Team, Dandeneau suited up for the BC Breakers and the BC Royals. Every day she continues to strengthen her abilities on the court, making her a force to be reckoned with. In a very short timeframe, after displaying tremendous dedication and drive for the sport, Dandeneau was named to Team Canada.

Having always been an aggressive and physical player in the standup game, Dandeneau brings the same style to wheelchair basketball and believes there’s no better feeling than being able to represent Canada on the world stage while doing what she loves.