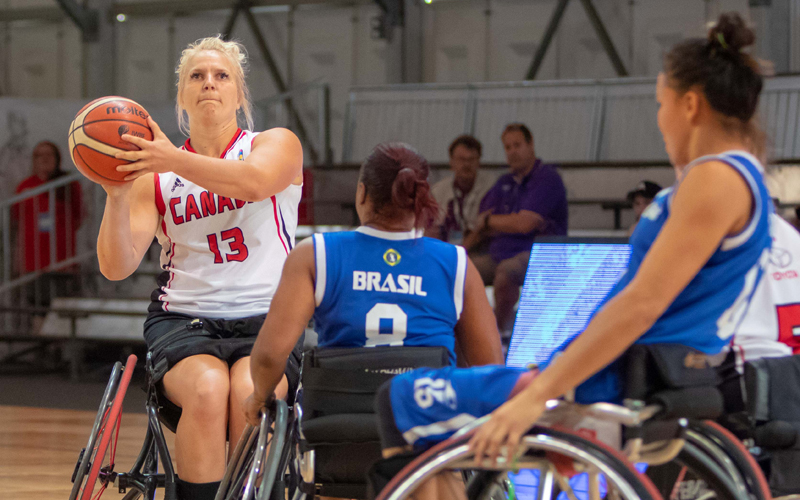 Last month, nine athletes donned a Canadian jersey for the first time ever in the biggest World Wheelchair Basketball Championships in the history of the sport. The top 16 men’s teams and top 12 women’s teams on the globe competed from August 16-26, 2018 in 10 days of exciting competition.

For the rookies, being in Hamburg, Germany competing at a major event for the first time was an experience of a lifetime.

“The World Championships was an exciting and humbling experience,” said Team Canada athlete, Tara Llanes of North Vancouver, B.C. “There are so many talented and experienced players from all over the world that it gave me more of an appreciation of how on your game you have to be to come away with a medal. I couldn’t have been more pumped to be on court with our talented team of Canadian women and see how close we are to being that top team.”

“My first World Championships was such a cool experience,” said Puisand Lai of Toronto, Ont. “It was amazing to see all the different teams from all over the world all in one place, and especially see such a huge crowd in the stands supporting us.” Lai was the youngest athlete to make Team Canada at just 18 years old.

“My first experience at the Worlds Championships was just amazing!” exclaimed Élodie Tessier of Montreal, Que. “I am really proud of what we accomplished. It’s really intense when you’re warming up and you see the entire crowd cheering for us.”

From the opening ceremonies to their first points scored at a major international event, this experience was one to remember.

“My personal highlight of the World Championships was the opening ceremonies,” said Colin Higgins of Rothesay, NB. “I had never experienced a wheelchair basketball event of this stature, and to see the athletes from all 28 teams in the gym was very cool.”

“The stands were packed for nearly every game and the crowd was as loud as ever,” Lee Melymick of Toronto, Ont. described.

“My personal highlight was definitely making my first major international basket,” said Lai. “It felt amazing to follow a game plan and execute exactly the way we pictured it. It was also an amazing feeling to hear the support of all my teammates.”

One of the most exciting moments at the World Championships was when the Canadian Women’s team won a wild overtime match versus Australia.

“The game against Australia that went into overtime with Juice (Arinn Young) hitting the three and then Mel (Hawtin) hitting the free throw was my personal highlight!” recounted Llanes. “The gym was packed and the energy was electric! I nearly lost my voice.”

“My personal highlight was when I played the last 6 seconds of the game against Australia and I made a pass to Mel and she shot with 0.5 seconds left on the clock to get a foul and sink a free throw to tie the game,” said Tessier.

“Even though Mel said she was incredibly nervous, she showed great composure at a critical time and knocked it down giving our team the extra 5 minutes we needed to close out the win,” said Kady Dandeneau of Pender Island, BC. “It was such a huge play and we were all so proud of her. Plays like that are what make this game so awesome and why I love it.”

All athletes dream about being the best in the world and having the chance to represent their country. Team Canada’s rookies reflected on what this opportunity meant to them.

“To me the definition of Canada is freedom, inclusiveness, respect, diverseness, and love for the environment,” said Llanes. “I feel fortunate to be in a country like this and I proudly wear the Canadian jersey and want to represent this amazing country as best as I can.”

“Wearing the Canadian jersey and representing your country means everything. It’s an incredible feeling,” said Higgins. 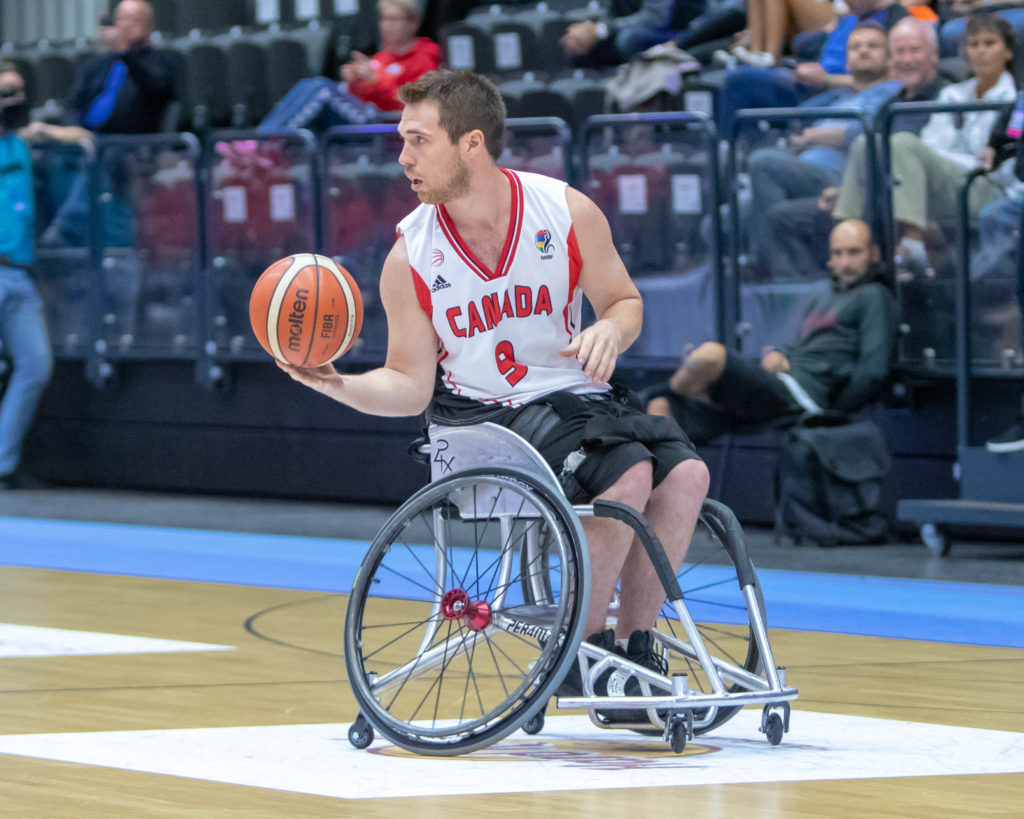 “To wear that Canadian jersey represents all the effort and sacrifices I made to get here, and I am proud to represent Canada,” said Tessier.

“It was surreal to wear the Canadian jersey on my back,” added Lai.

“Canada is one of the leaders in accessibility and equality for those with disabilities and I am very proud to represent Canada,” said Melymick.

“All the hours you put in as an athlete and all the sacrifices you have to make become worth it,” said Dandeneau.

And this is only the beginning for these young athletes in their careers.

“Getting my first taste of it all just makes me that much hungrier to train to get back and win a medal,” said Higgins.

“Worlds really highlighted some of our weaknesses as a team that we need to work on, but it also without question showed that we are entirely capable of competing with and being successful against the top teams in the world,” said Dandeneau. “That’s really encouraging two years out from our ultimate goal which is the podium at Tokyo 2020. That’s the main thing I take away from the tournament this summer and it just left me even more hungry for success and ready to get back to work this year preparing for next summer.”