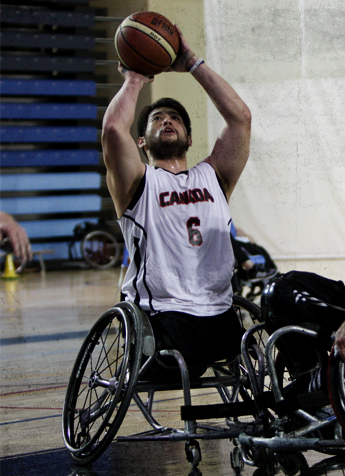 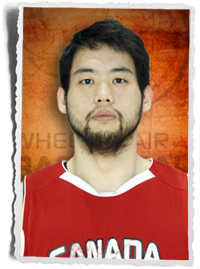 A true competitor, Peter Won was drawn to wheelchair basketball because it allowed him to sharpen his physical, mental and technical skills. He is a sound defensive player often tasked with shutting down top opposing players, while on the offensive side of the ball he uses his speed to effectively open up lanes to the basket and generate scoring chances for his teammates.

He started playing the sport as a junior athlete in British Columbia after attending a local wheelchair sports camp. He went on to represent Team B.C. at the 2007 Canada Games in Whitehorse, Yukon.

Won later joined the college ranks in the United States. He captured a collegiate national title with the University of Illinois in 2008, before returning to his roots to play club basketball in his native Seoul, Korea. He also spent some time playing semi-professionally in Germany with the Trier Dolphins.

In 2014, Won received an invite to try out for the Canadian national team. While he didn’t make the cut, he returned to selection camp the following year and would not be denied a second time, impressing the coaching staff en route to a full-time roster spot on the Canadian senior men’s national team.

Won calls the opportunity to represent Canada on the basketball court an honour that means everything to him. His ultimate goal is to win a gold medal for Team Canada at the Paralympic Games.