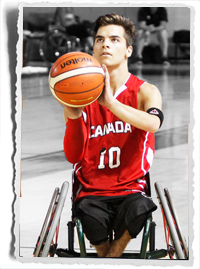 After going through a rough patch in the recent years, the Senior Men’s National Team is moving forward with a new mindset and determination heading into the 2017 Americas Cup qualifier in Cali, Colombia.

After the disappointment of placing 11th out of 12 teams at the 2016 Rio Paralympics, and failing to qualify for the 2014 World Championship altogether, the Canadian men are eager to turn the page, get back to the court and take on the challenge of earning a berth to Hamburg in 2018.

With the return of key veterans with big game experience, the ongoing development of the youth movement and the addition of some new faces, Canada is poised to continue moving in the right direction.

“I am always so proud to have the opportunity to represent Canada on the international level,” says second-year player Ben Moronchuk, one of several players who have made significant strides in their games. “The dynamics have changed a lot over the past year. I think we learned from our experience in Rio. With the team being centralized in Toronto this summer we have been improving our chemistry and execution, so we can be a top team at the Americas Cup.”

The new faces on the roster this year include Adel Akhmed, Alex Hayward, Colin Higgins and Garrett Ostepchuk. Akhmed, Hayward and Ostepchuk, alongside senior team returnees Moronchuk and Vincent Dallaire, were a part of the recent 2017 Men’s U23 World Championship in Toronto, where the boys placed sixth.

The youngest on the squad is the feisty and driven Ostepchuk, who recognizes that he may have made the team, but there is still work to be done. “Going from the junior to senior team is an amazing feeling, but obviously being this young I still have to prove that I deserve to be here,” he says.

To top things off, Ostepchuk gets to share the court with his role model, Patrick Anderson, a seasoned vet who returns to the world stage after taking a break from wheelchair basketball after the 2012 London Paralympics. Anderson, a triple Paralympic gold medallist and a world champion, states that although he took a step back, he wasn’t very far from the game. 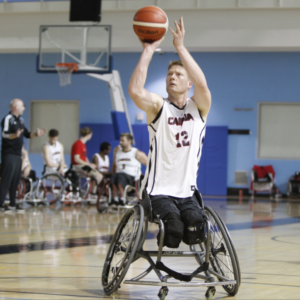 “I tried to be clear a few years ago that I wasn’t retiring, just stepping away for the Rio squad to do other things,” he says. “So I’ve been around, training with the guys, playing against the team with the Black Aces or with the Rollin Knicks. Somewhere along the way, I got the feeling I wanted to play with these guys [again].”

For Anderson, the return was also prompted by the opportunity to mentor some of Canada’s up-and-coming talent. Among that group is Nik Goncin, who has gone from being the kid on the team to a veteran that Anderson sees a lot of himself in. “He’s a unique talent with a sharp mind. [He’s a] guy who does a lot of the things that I used to do for the team…only quicker.”

Having Anderson back on the team allows for the rookies to look up to a guy who brings a love for the game, along with the work ethic and skills that make him one of the best to have ever played. According to his long-time teammate Bo Hedges, he not only is good at making himself look good, but also those around him. 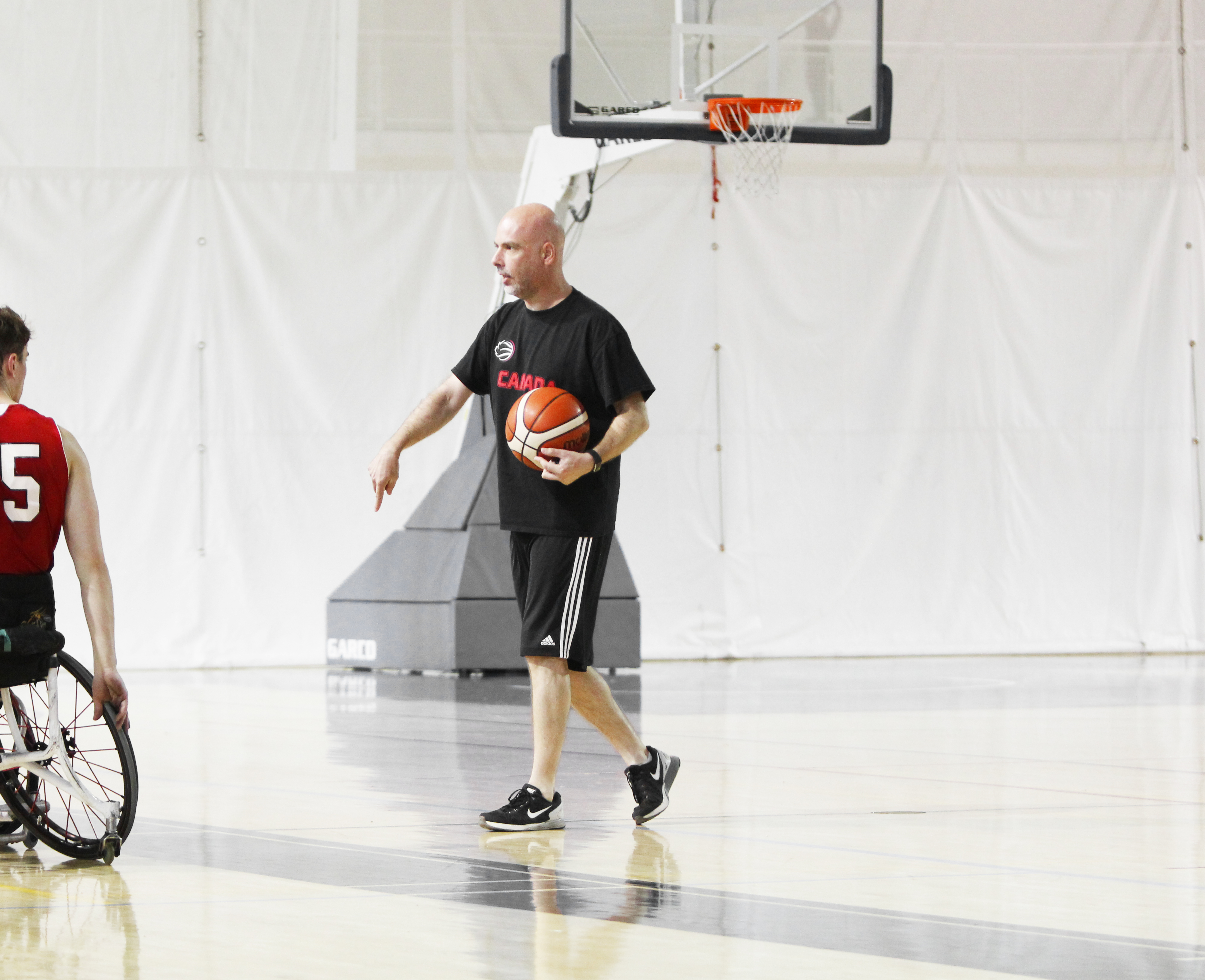 As for the leader of the pack, the team is led by rookie National Team Head Coach Matteo Feriani, an Italian born coach whose impressive coaching resume of 18 years includes assistant coaching stints with the national teams of Australia and Brazil. His vast experience coaching internationally has allowed Feriani to simplify the game and connect with his athletes.

The players have found a great appreciation for their head coach. “I have always enjoyed playing, training and competing and Matteo has reinforced that belief in me and pushes me to enjoy it even more,” says Hedges.

“It’s clear that he loves the game and enjoys being able to live it. That’s contagious,” adds Anderson.

The Canadian men are ready to move forward by punching in their ticket to Hamburg next summer. The quest begins when they tip off for their first game at the Americas Cup 2017 against Puerto Rico on Wednesday, August 23rd at 11 a.m. ET. 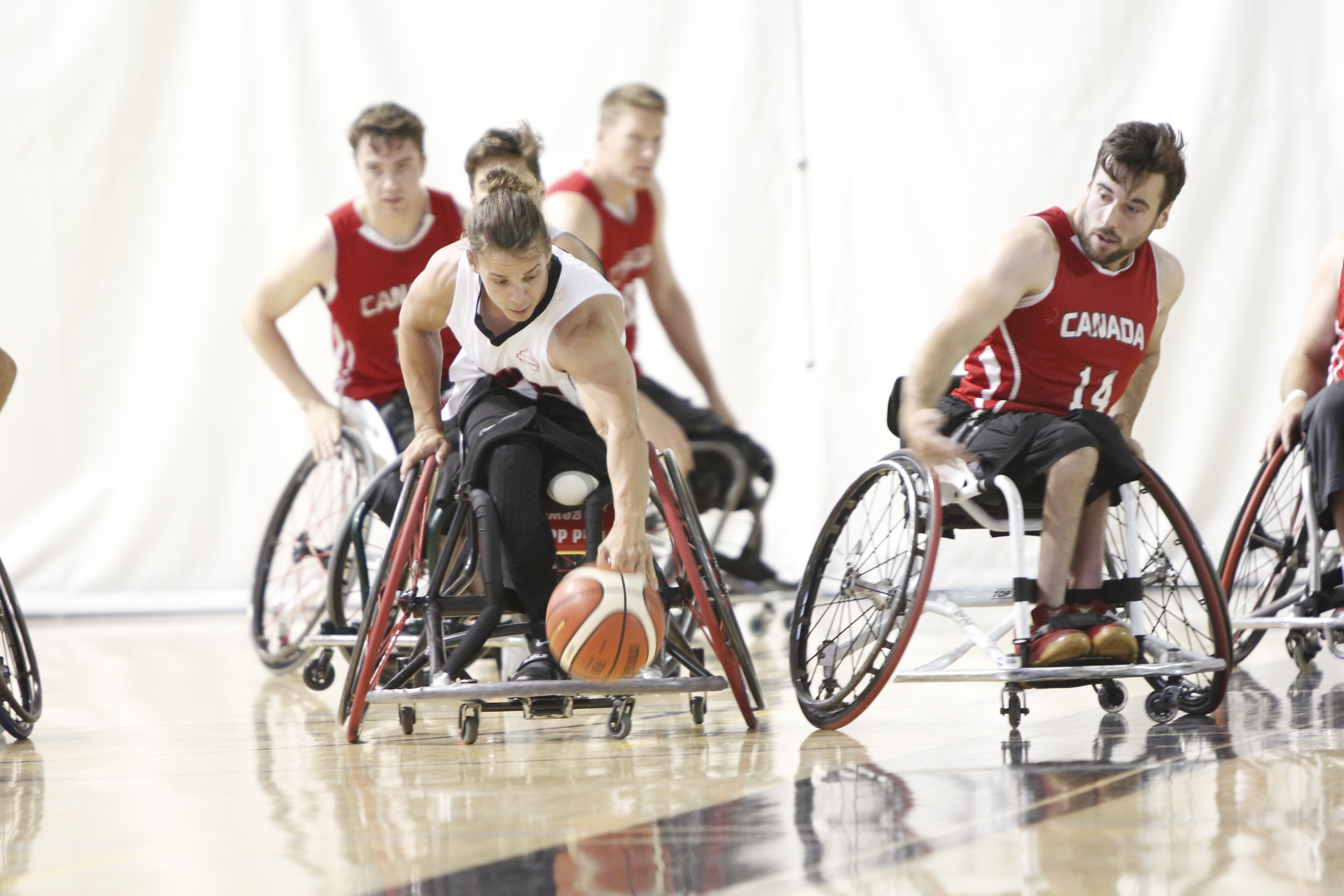